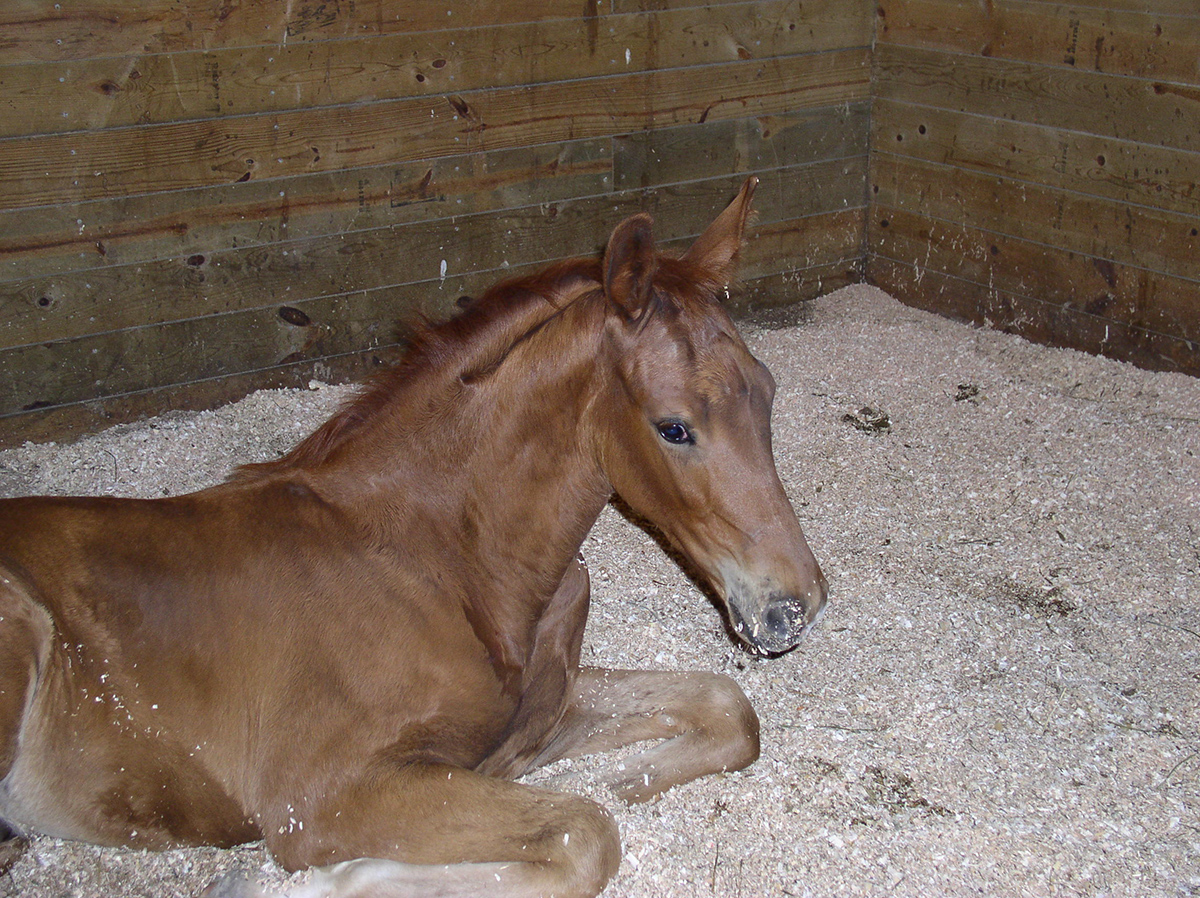 From birth to competition, Bingotti has been special. Owner Kathy Swalwell says, “He is the horse of a lifetime and I’m proud and honored to say that God blessed me with his mother, Wolkenfee, and him.”

Kathy and her husband Don bred him, and they were both present at the birth. They both have lasting memories of the occasion, which isn’t surprising, since they were actively involved.

“My husband ended up helping his mother deliver him. Bingotti started coming out with his head up and one foot out of the birth canal. Don had to push him back inside his mother to get his head down, and then Bingotti came gushing out and landed squarely on top of Don! They both lay in a pile, with amniotic fluid and blood, and smiled at the world.

“Bingotti as a foal was all legs and tons of energy. Within 20 minutes of birth he was up, walking and trying to nurse. He was very friendly, fearless, and intelligent.” He split his time between hanging with his mom, and leaving her to catch up as he galloped as far and fast as he could. During inspections, “he would often leave his mother’s side and just go visiting some of the folks in the crowd.

Bingotti visiting the crowd at his inspection.

“Bingotti was inquisitive, but not afraid. Smart, but not so much that he wouldn’t allow us to correct and train him. You never needed to do more than raise your voice a bit or change the inflection and he would know that he couldn’t continue doing what he was doing. He never needed to be corrected more than once to understand what he was being asked to do.”

Kathy has a unique perspective on Bingotti under saddle, because she’s the one who started him. “I was able to start him myself, which tells you right off the bat what a wonderfully patient and willing stallion he is— I am not a professional trainer. He would try to figure out what I wanted before I asked. Often times he would get it correct, but if not, he would allow me to calmly redirect him and show him the correct path.

“He has always been a team player and never acted in any way that made me question whether we were making the right choice by leaving him as a stallion. Most of the time, he behaves as a gelding, but presents like a stallion! 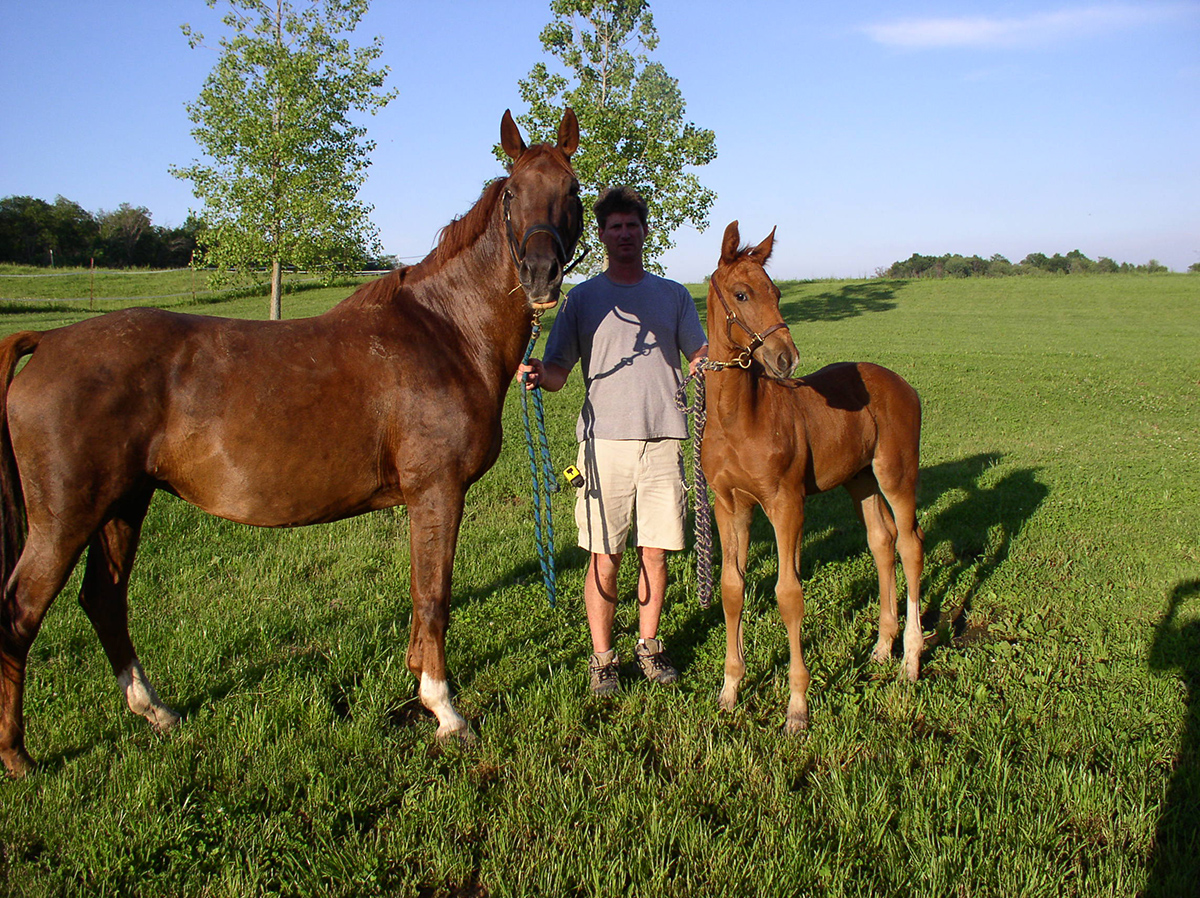 “My first time sitting upon him we had an experience where several small birds were stuck behind the indoor arena’s sliding door. My first thought was, ‘well, this is it! If he loses his mind as we go past those birds, I’m going to end up on the ground!’” But Bingotti stayed focused and “did not even respond to all of the noise and activity that was happening around him. To this day, he is the same way—as unflappable as a 20-year-old trail horse!

“Bingotti has only had 4 people ride and train him. Every person who has ridden him has exclaimed how easy he is and willing to do his work!

“Bingotti’s favorite thing is to be handled and to be working! He loves being groomed. He has had 9-year-olds braid and prepare him for the show ring, and he has loved every minute of it.” He also loves bananas!

Like all stallions, it seems, Bingotti has some endearing personal quirks.

“When he goes to a new barn, or show, he likes to announce himself. It almost like he is saying, ‘I know you were all waiting for me to arrive, so I thought I’d let you know: I’m here!’”

The funniest quirk of all is Bingotti’s special warm-up stretch.

“When he first comes out or wakes up in the morning, he crosses his front legs and does a downward dog stretch. It’s the funniest thing. He has also taken to doing that prior to being collected. Then he just stands there—with his legs still crossed—and looks around watching.”

Bingotti has a friendly and social personality, and has had many friendships over the years. He was raised with geldings, and his friends included two Great Danes and two Weimaraners.

“His first trip away from home was to a farm that had other stallions. They each had a pasture of their own that met in the middle, and those other stallions became his greatest friends.

“The first time I traveled to Dressage at Devon he was exposed to many horses all at once in the arena. The more horses that were in the ring with him, the happier he was. He never made a move to challenge or mount any of the horses; he was just happy to be with them. I couldn’t have been more proud of him as his first time at such a large venue with so many other horses!

“Bingotti loves the show ring. He poses for pictures and knows when he is on and when he is just walking around the show grounds. At Devon it was remarkable to see Bruce Griffin, aka “Turtle,” handling him; there were many pictures of the two of them just relaxing and walking around the grounds. But when he was in the Oval or another ring competing, his head was up, ears pricked forward, with a gleam in his eyes! He loves to be the center of attention!

“Many professionals—Lilo Fore, Heather Blitz, Gary Rockwell, and many more—have exclaimed what a terrifically talented horse he is and that he belongs in the FEI competing. 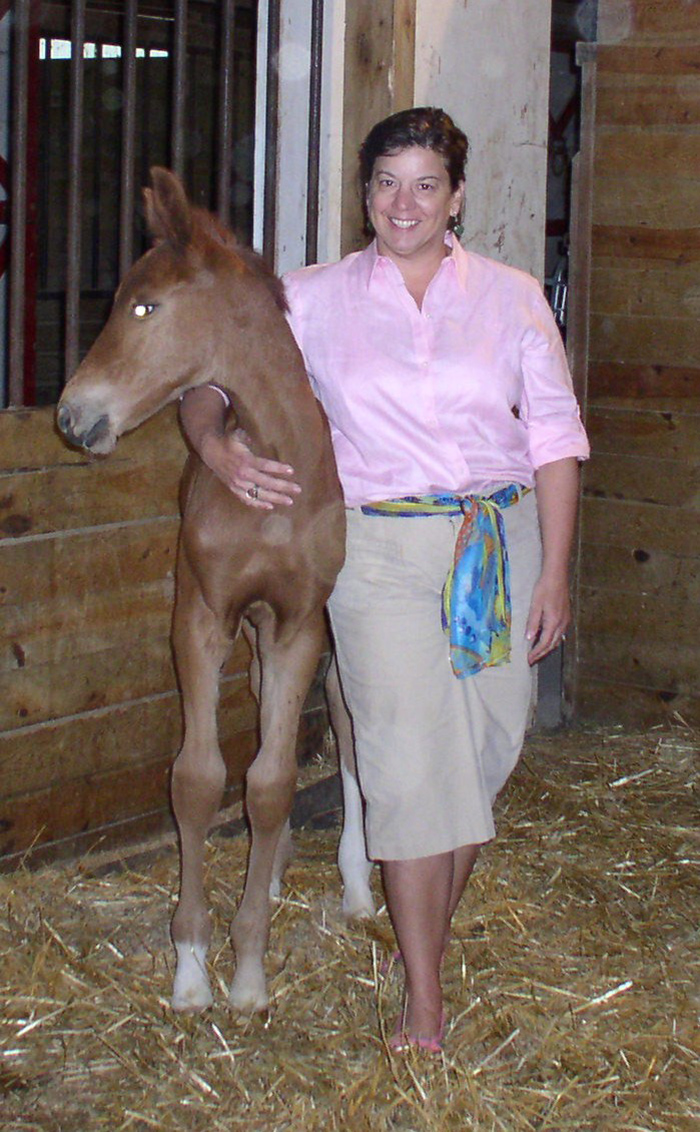 “When I think of Bingotti, I visually go back to a time when he was a baby standing with me under my arm in his stall. Then I flash forward to him at Devon in 2018 winning just about every award he could win and tears well up. I just see his proud figure with his beautiful dark red coat shining in the light like nothing I’ve ever seen.

“He is a special horse with a great work ethic and wonderful personality. His temperament, rideability, and honesty in his work are his best qualities! I couldn’t be more proud of him.”