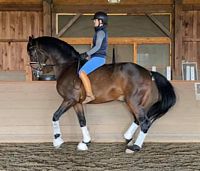 Not Dead Yet, by Scot Tolman

New article in Scot Tolman’s “Thoughts on Breeding” series - this one will make you smile and maybe even cry. We are proud to host this entertaining and provocative series by Scot on WarmbloodBreeding.com. ...read more 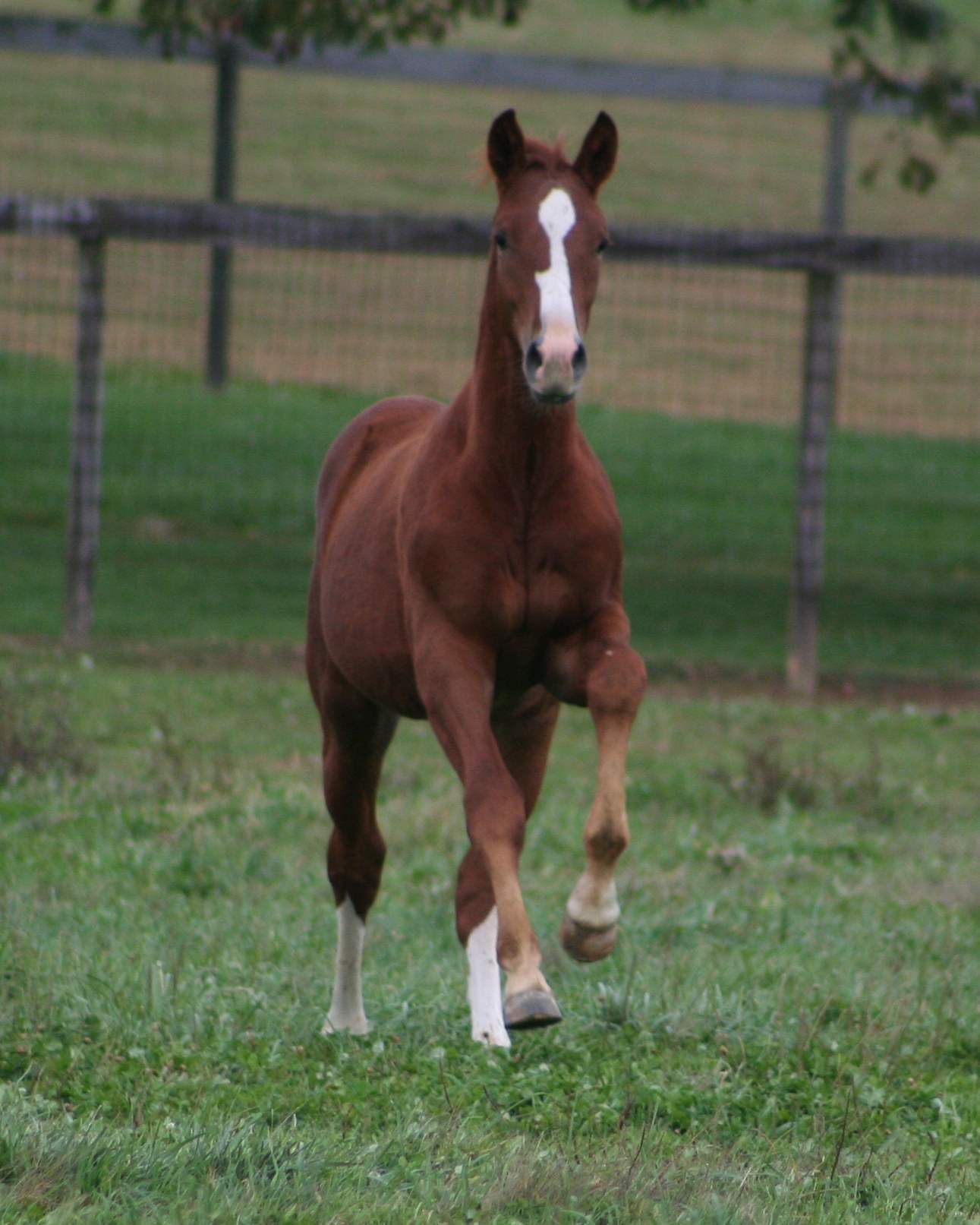 We always love creating a new Stallion Story for you, and today we bring you the behind-the-scenes Story of Qredit. Qredit stands at Hilltop Farm, where he was raised and trained, and was bred by Judy Yancey. Find out why he’s known as a Houdini at the farm! ...read more 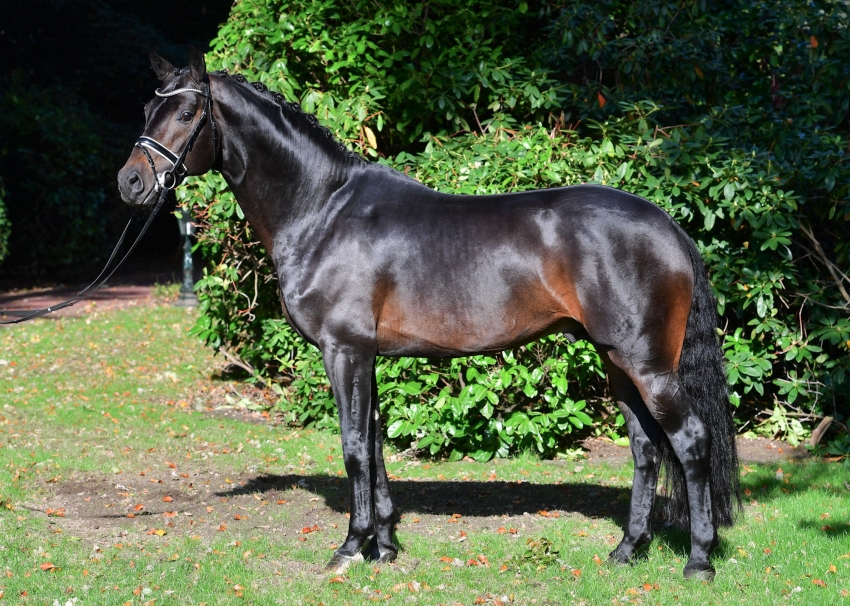 New Dressage Talent! Feinrich is the recently imported sire of SIX licensed stallions to date. Owned by David Burke, he stands at Pangaea Farms in Canada. Feinrich is by Fuerst Heinrich out of Gesina by Sir Donnerhall. ...read more 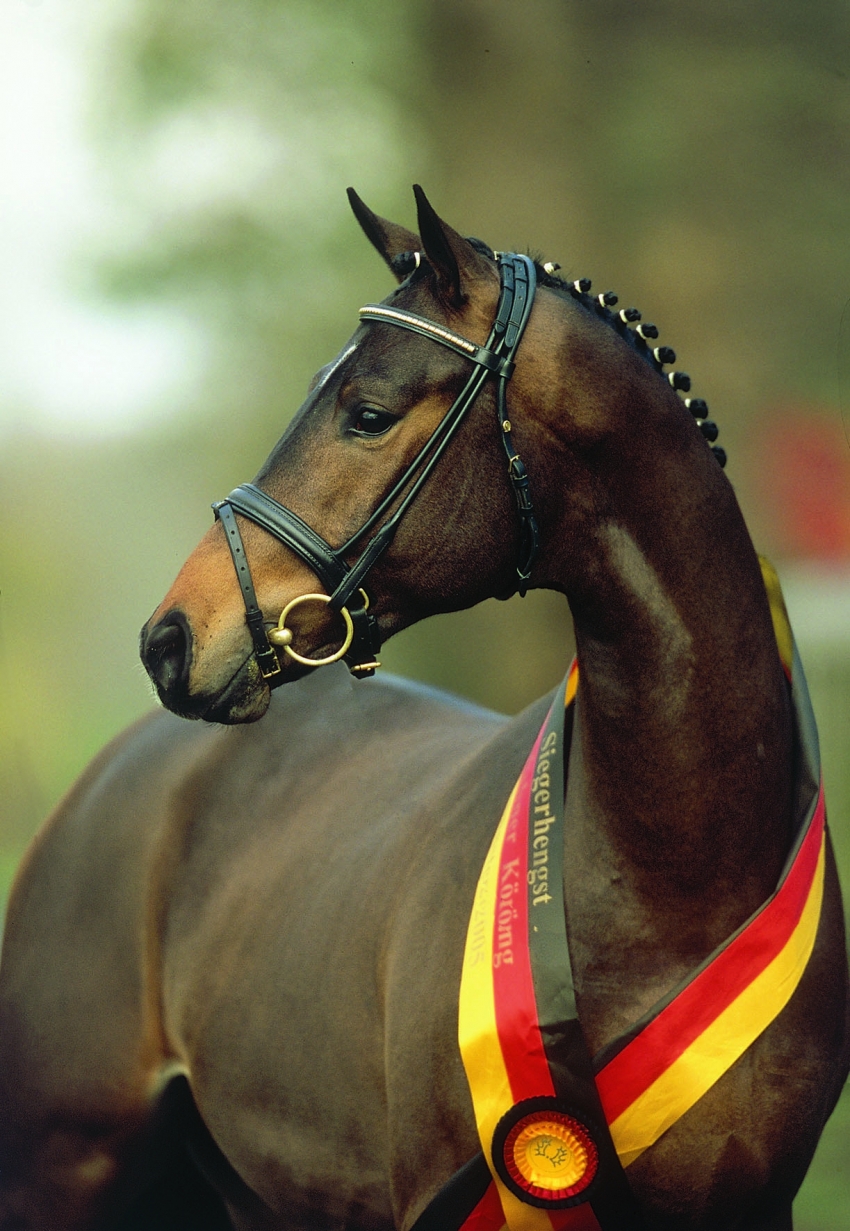 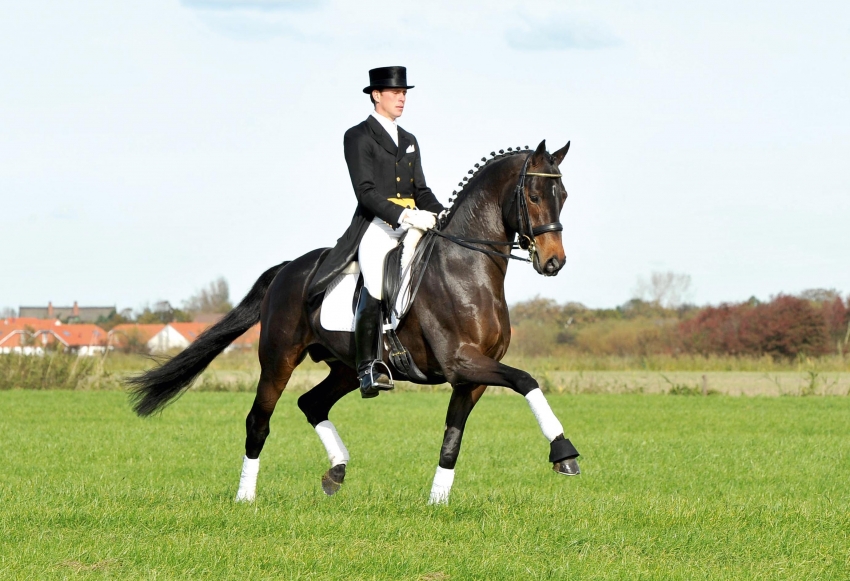 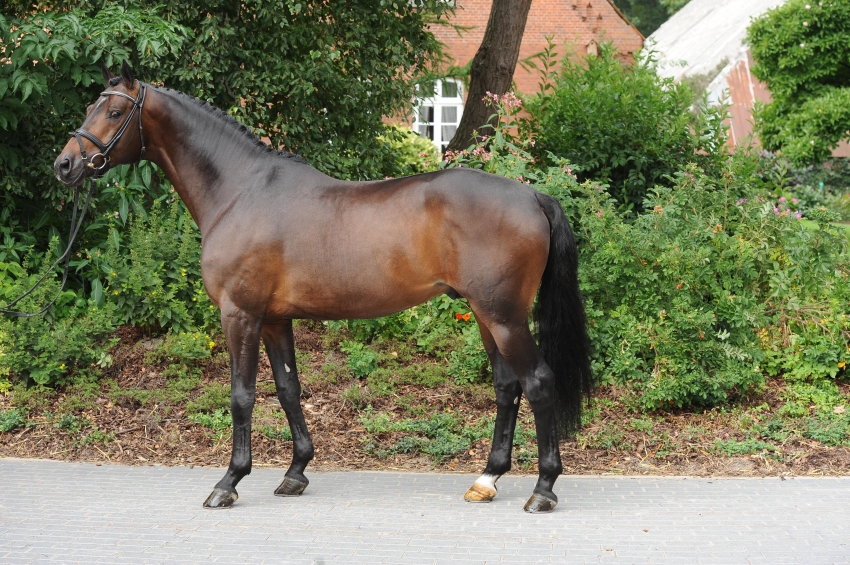 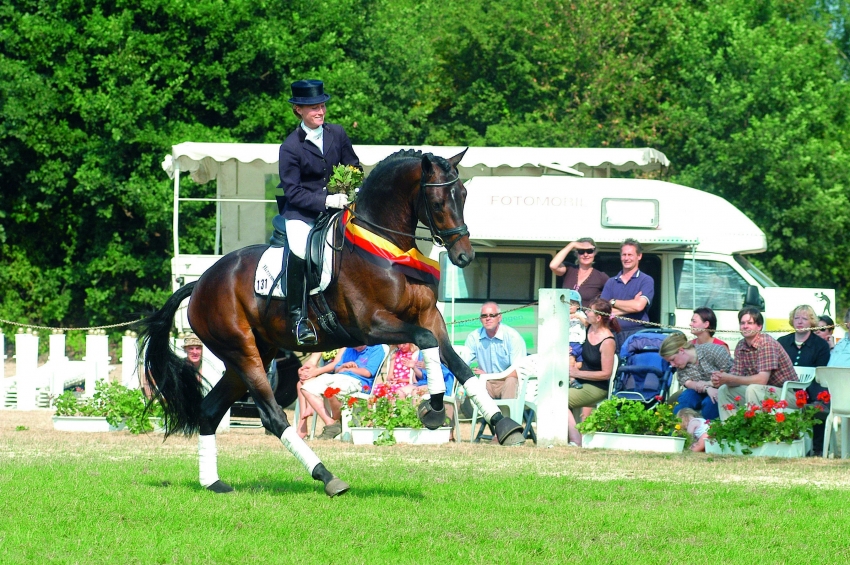 Stallion Name:
E.H. Herzensdieb
Breed:
Trakehner
Breeding Approvals:
AHS, HV, OHBS/GOV, Trak Vb
Nominations:
Primary Discipline:
Dressage
Height:
16.2
Date of Birth:
2003
Birth Country:
Germany
At his Trakehner Licensing, Herzensdieb was awarded Champion Stallion. “This stallion is not just moving, but dancing,” was the enthusiastic comment. Trakehner Verband Breeding Manager Lars Gehrmann added, “Endowed with the aura of something special, this stallion embodies the classical Trakehner upgrader type.” He was Reserve Champion of his 70-Day Test scoring above champions from Hanoverian, Oldenburg, Westfalen and Holsteiner licensings. He won the Trakehner Championship for 3-year-old stallions, qualified for the Bundeschampionat for 6-year-old dressage horses and then trained up to the Advanced Level.

Sire Tambour won his stallion licensing and was highly successful in both advanced level dressage and jumping. He then went on to become a successful sire producing auction horses, Premium mares and successful sport horses.

Herzensdieb has an FN breeding value dressage of 142 points and is in the top 10% of German dressage sires. He was honored with the prestigious Elite Hengst title (E.H.) by the Trakehner Verband. Breeders comment Herzensdieb stamps his offspring with his elegant type, friendly personality and exceptional rideability. Many daughters are revered in Germany. Heartbreaker, Harriet and Helmi, have won honors at large German mare shows. Daughter Elfenzauber qualified for the Bundeschampionat for 6-year-old dressage horses. Licensed son Herzenswunsch was Champion of Southern Germany, Horse of the Year and multiple Bundeschampionat finalist. In Germany, dressage competitor Halley v.H, made an impressive showing at the 2020 Verden Grand Prix. Hollywood L was also a successful Grand Prix competitor. Hannigan L is successfully competing at PSG Level. In 2021, daughter Schönherz was awarded Premium Mare by the Trakehner Verband and competes in dressage and eventing. Löwenherz is a champion eventer and show jumper schooling PSG in Australia. Offspring in the U.S. continue to impress and exceed expectations as they mature.

Harriet, a lovely young dressage mare by E.H. Herzensdieb, has been highly praised for her rhythmic gaits, willingness to work, spirit and uphill gaits. She has also won classes in large mare shows and had a highly successful Mare Performance Test.
Photo Credit: Kiki Beelitz 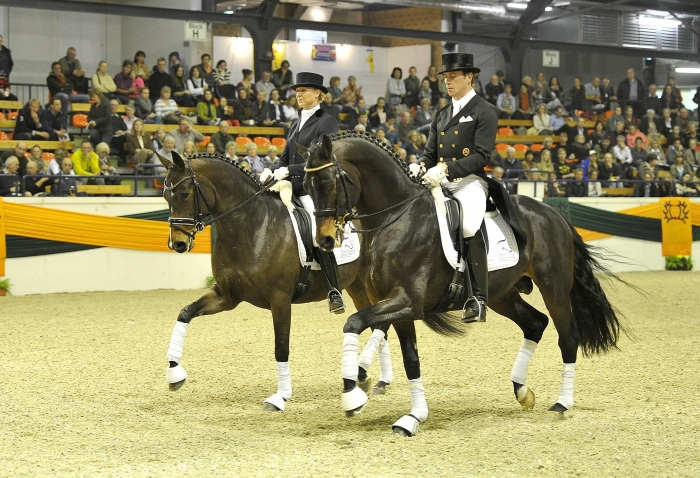 E. H. Herzensdieb performing at an exhibition in Germany with his daughter Elfenzauber. Elfenzauber won several young horse dressage classes and qualified for the Bundeschampionate for six-year-old dressage horses. She was also the winner of her Tr
Photo Credit: Kiki Beelitz 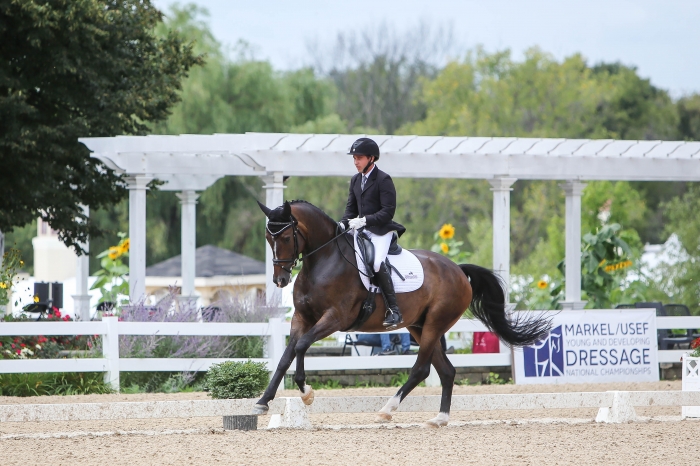