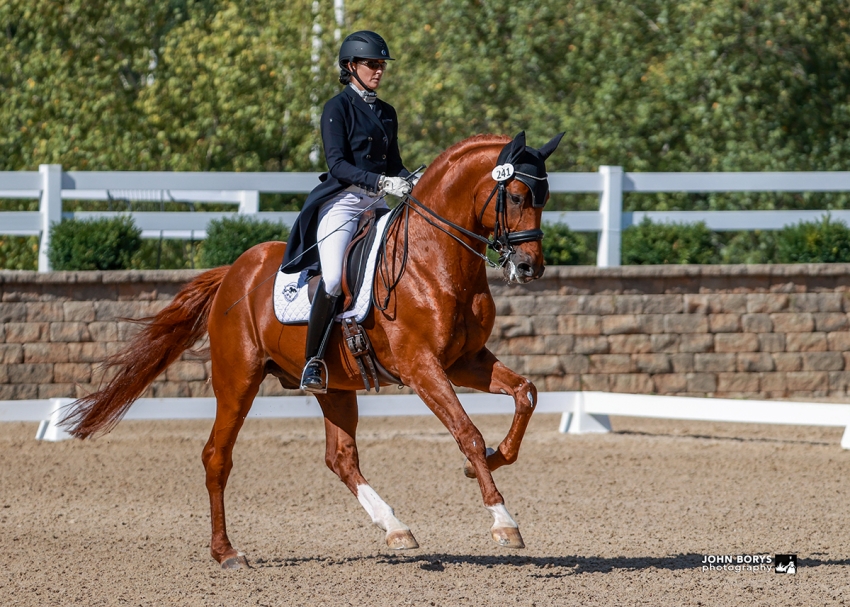 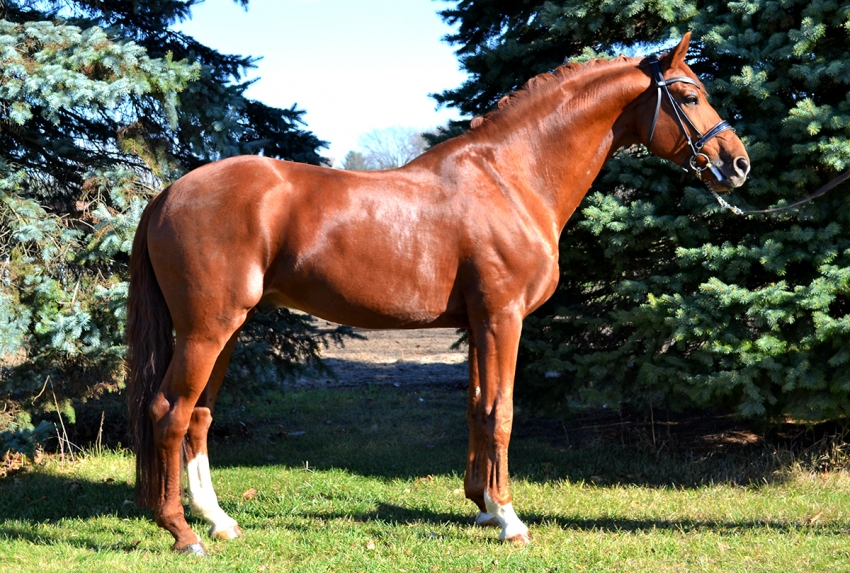 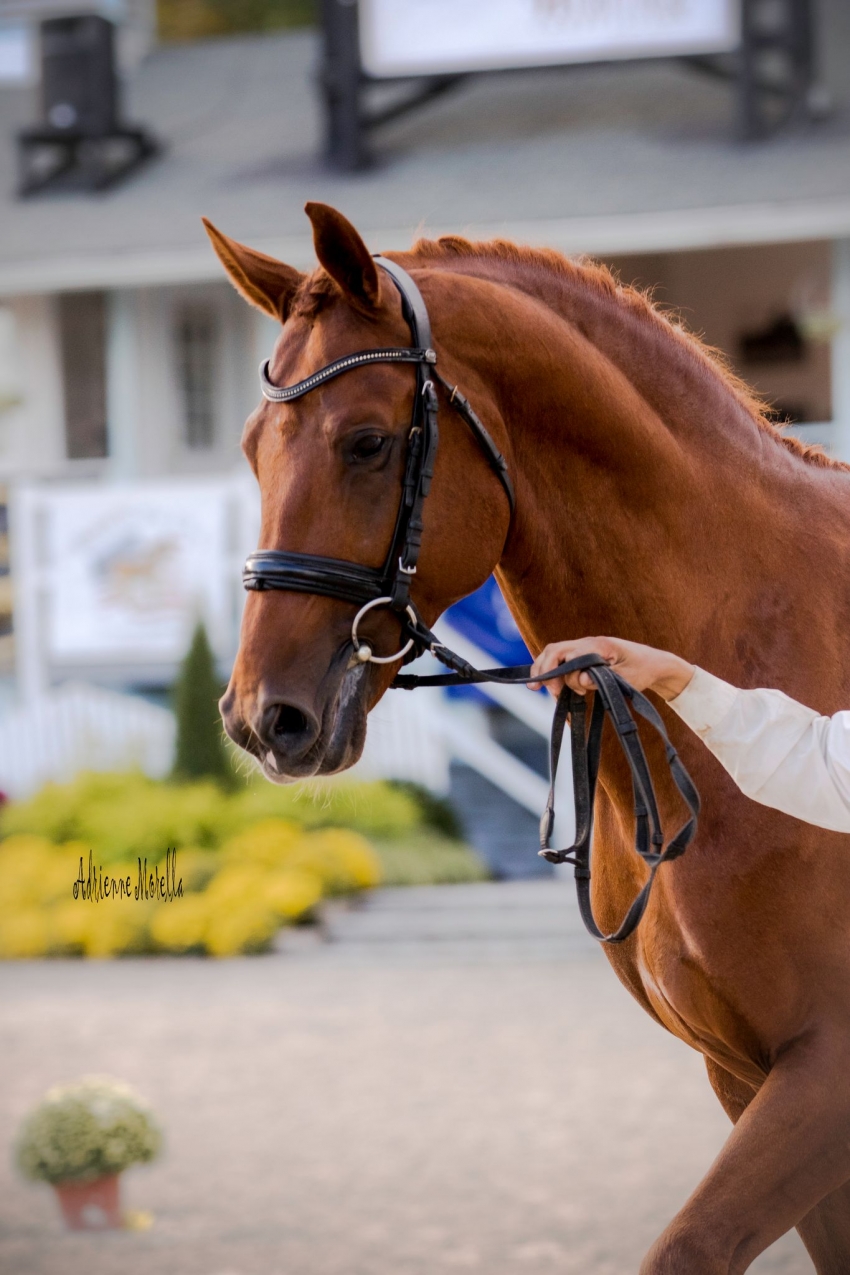 Bingotti is a modern, gorgeous, leggy 17hh tall chestnut Hanoverian Stallion who successfully competed thru PSG with scores in the 70’s.

Bingotti has a willingness to work and desire to please his rider. His temperament is that of a gelding with the presence of a stallion. Bingotti has received 8s on his walk and trot work and 9s on his canter.

Bingotti started his show career as a yearling in the Region 2 breed show where he was Reserve Champion. Bingotti has always looked balanced, never entering an awkward growing stage. He then went on to take Regional Championships during his first show season at 1st & 2nd levels and went on to Nationals in Kentucky placing 5th in the Nation. He followed up the next year as Regional Champion at 3rd level and then went on to Devon to earn multiple awards. This beautiful Hanoverian stallion racked up the awards at Dressage at Devon 2018, winning the big one, Stallion Grand Champion, after setting the stage by earning first place with 83.8% Four-Year-Old and Older Stallion, Mature Horse Grand Champion, and the Born in the USA Awards. In 2019, he was Regional Champion at 4th level. Bingotti completed his performance required for stallion approvals and qualified for 2020 Regionals. In 2020 Bingotti was awarded his Lifetime License as a Hanoverian and Rhineland breeding Stallion. Bingotti has a very promising breeding and Grand Prix career ahead of him.

Bugatti earned 140 points in the dressage portion of his 100-day test, receiving scores of 9 on character, rideability, temperament, and all three gaits. He competed at the Bundeschampionat, FEI World Championships for Young Horses, and CDI competitions at Prix St. Georges and Intermediaire. Bugatti was the 2008 USDF Region 1 Champion at Prix St. Georges with a 72.625% and Reserve Champion in the Intermediaire Freestyle.

Wolkenfee is an imported Dutch mare with two full siblings who were on the Great Britain Olympic Jumping team, Viking and Ultra Fox. Dam sire, Krack C a 16.2 ½ KWPN stallion was by Flemmingh out of Gicara (by Beaujolais x Ulrich). Anky van Grunsven who rode him to international Grand Prix stardom noted, “Krack C is a beautiful stallion with a super conformation, and he was always willing to work, both during the training and at competitions.” Flemmingh, was the sire of many other outstanding dressage stars, including Edward Gal`s top horse Lingh. Flemmingh offspring are known for beautiful, big, long-lined horses with three super gaits. Dam Damsire, Lector a 17h stallion by the Thoroughbred stallion, Cartoonist xx out of Barola by Udet offers leggy elegance from a nicely balanced combination of blood and Dutch consistent generational breeding.

Bingotti’s first foal crop is arriving 2021, 90% of the mares were successfully bred on one cycle

Click here to see all stallions managed by EUREQUINE, LLC