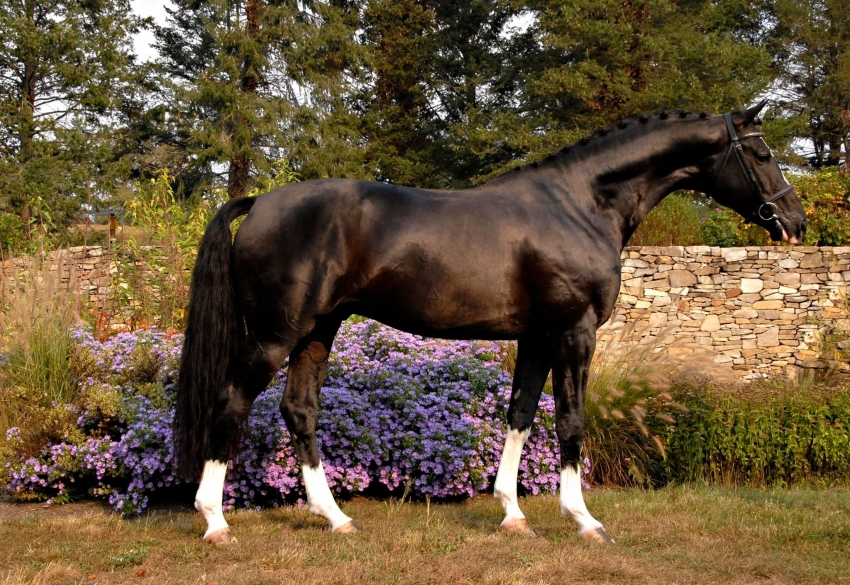 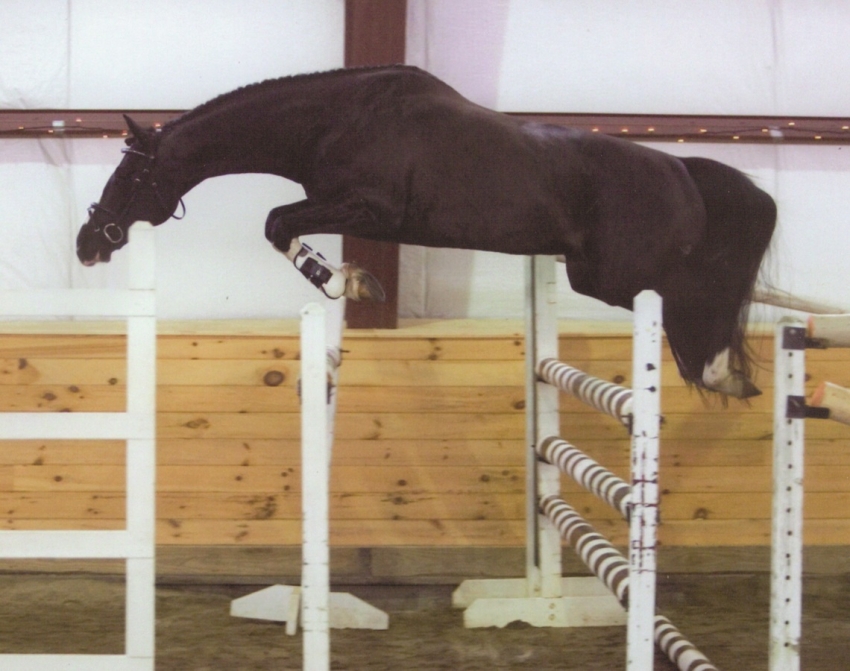 Champion of his 30-day test, with 9s for jumping and rideability
Photo Credit: Farm photo 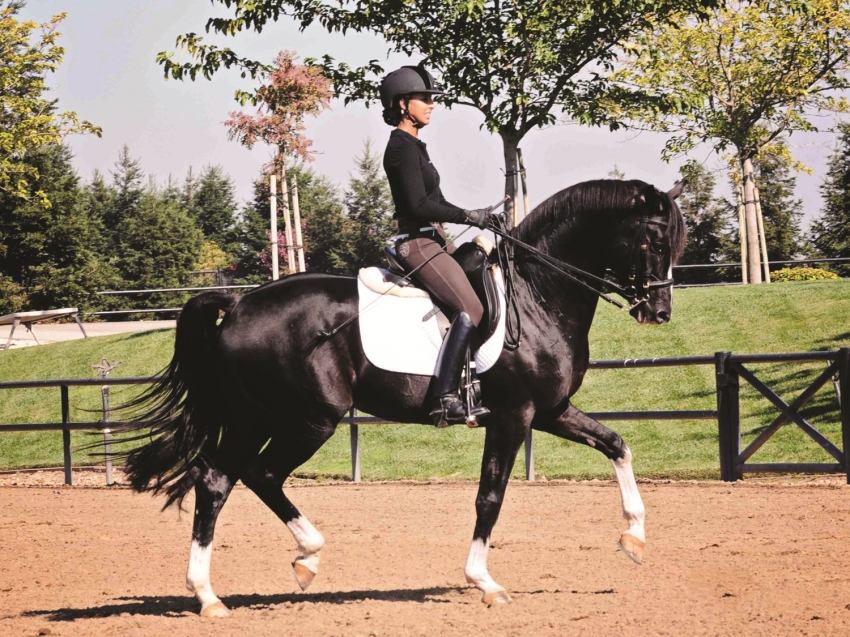 Stallion Name:
Donarweiss GGF
Breed:
Hanoverian
Breeding Approvals:
AHS, AWS, CWHBA, ISR/Old, RPSI
Nominations:
Primary Discipline:
Dressage
Height:
16.0
Date of Birth:
2001
Birth Country:
USA
Donarweiss GGF passes along to his offspring his outstanding conformation, athleticism, trainability, temperament, and charisma. His long and successful competition career with Genay Vaughn took them from Junior/Young Riders, to U25, to open dressage success, including the 2015 US Team European Tour where they were the high-score U25 American combination.

Donarweiss was Champion of his 30-Day Test with an overall score of 8.33. His versatility was showcased with individual scores of 9 for rideability and jumping technique. In his first season of FEI, Donarweiss was ranked first for the AHS/USDF Hanoverian All-Breed’s Awards. In 2009, Donarweiss won the USDF Region 8 Prix St. Georges Championships. The following season Donarweiss finished second in the AHS/USDF Hanoverian All-Breeds Awards and eleventh in the nation for Intermediaire II with scores to 72%.

Donarweiss’s sire, De Niro, was Reserve Champion of his performance test with a score of 141.93. De Niro had a wonderful sport career with over 24 wins at S-Level and has sired 108 States Premium mares, 25 approved sons, and numerous FEI level competitors earning him the top spot on the 2012 WBFSH Dressage Sire Ranking List. Donarweiss’s damsire, Hohenstein, was Reserve Champion of his Stallion Performance Test. Further back in Donarweiss’s pedigree we find Archipel, a son of the 1994 Hanoverian Stallion of the Year Argentan, which brings additional scope and jumping ability.

Donarweiss offspring are consistently winning at breed shows, and his oldest offspring are now proving themselves under saddle at both dressage and hunter competitions. Dior (Donarweiss/Enrico Caruso) was the USDF Horse of the Year for weanling fillies in 2011 and Denver HTF (Donarweiss/Riverman) was the Reserve Champion in both 2012 & 2013 for the USDF/GAIG East Coast Finals at Dressage at Devon.

Donarweiss is a 2001 Hanoverian Stallion (De Niro / Hohenstein / Archipel) who is approved by the American Hanoverian Society, German PRPS, ISR/Oldenburg NA, CWB, and AWS; he is a 3 Star Stallion with ISR/Oldenburg N.A. “DW” stands 16 Hands, homozygous black, and tested N/N for WFFS (not a carrier).

Live Cover
Not Available
Fresh Cooled
Available
Stud Fee: $1,550
LFG: Yes
Details: We collect several days a week with proper notice. Booking fee is $200 which is put towards contract. All collection requests must be made at least 24 hours in advance. Semen will be shipped by FedEx Priority Overnight, USA only. Collection and shipping fees are additional. Canada availability.
Frozen: by Straw
Not Available
Frozen: by Dose
Available
Stud Fee: $1,550
LFG: Yes
Details: Per dose frozen semen. Container fee and shipping fees are additional. No resale of semen or breeding of more than one mare without written consent of Starr Vaughn Equestrian.
Frozen: Other
Not Available
Discounts
Special consideration is given to performance mares, SPS, Elite, Premium, multiple, and return mares. Contact Michele Vaughn at 916-869-7942 for more information.