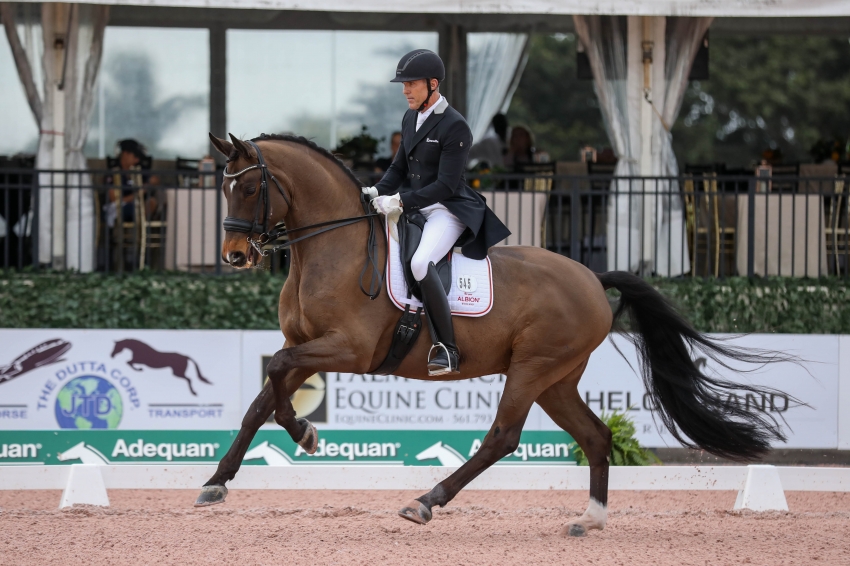 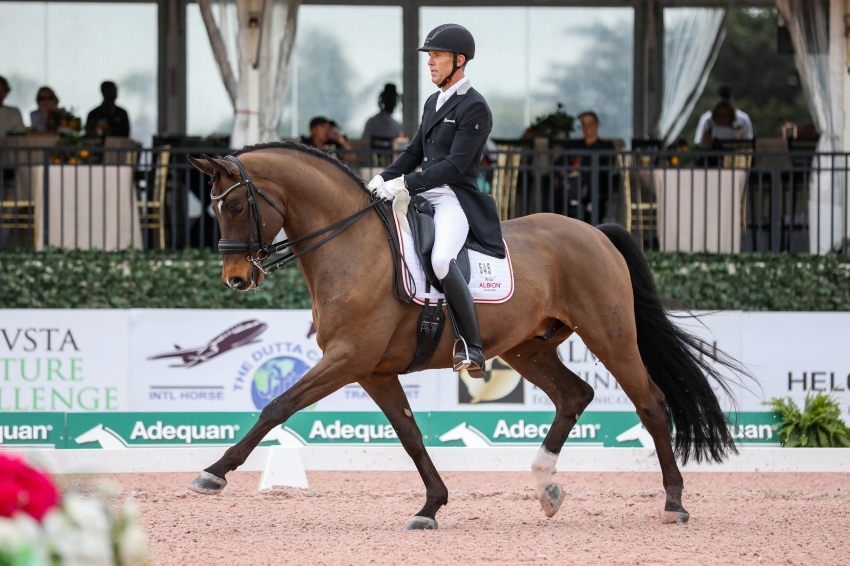 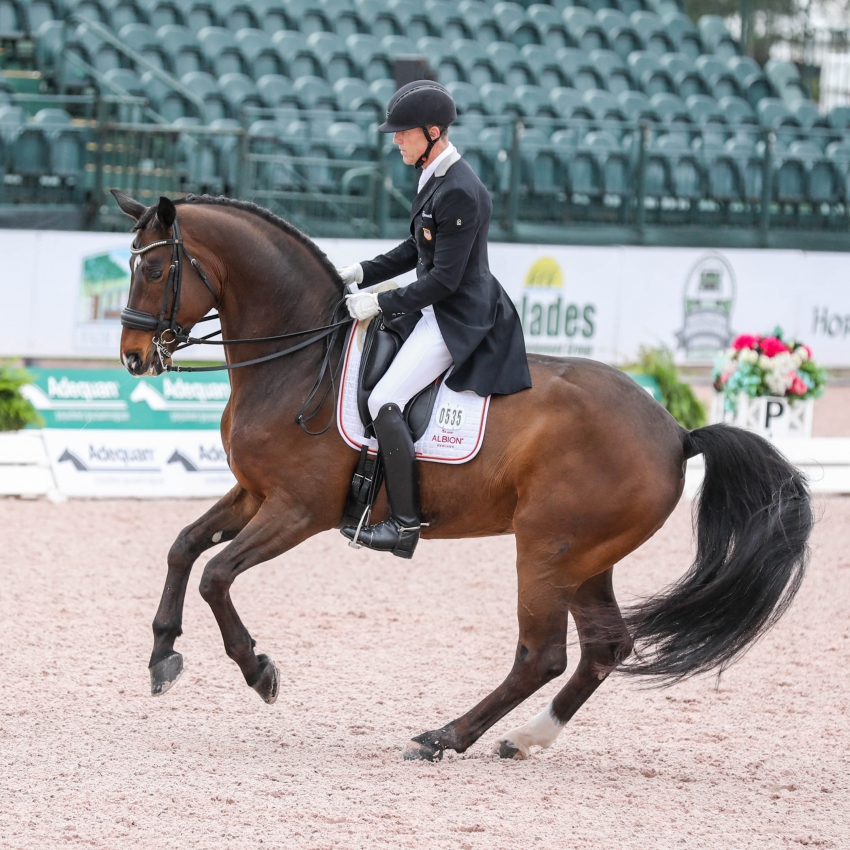 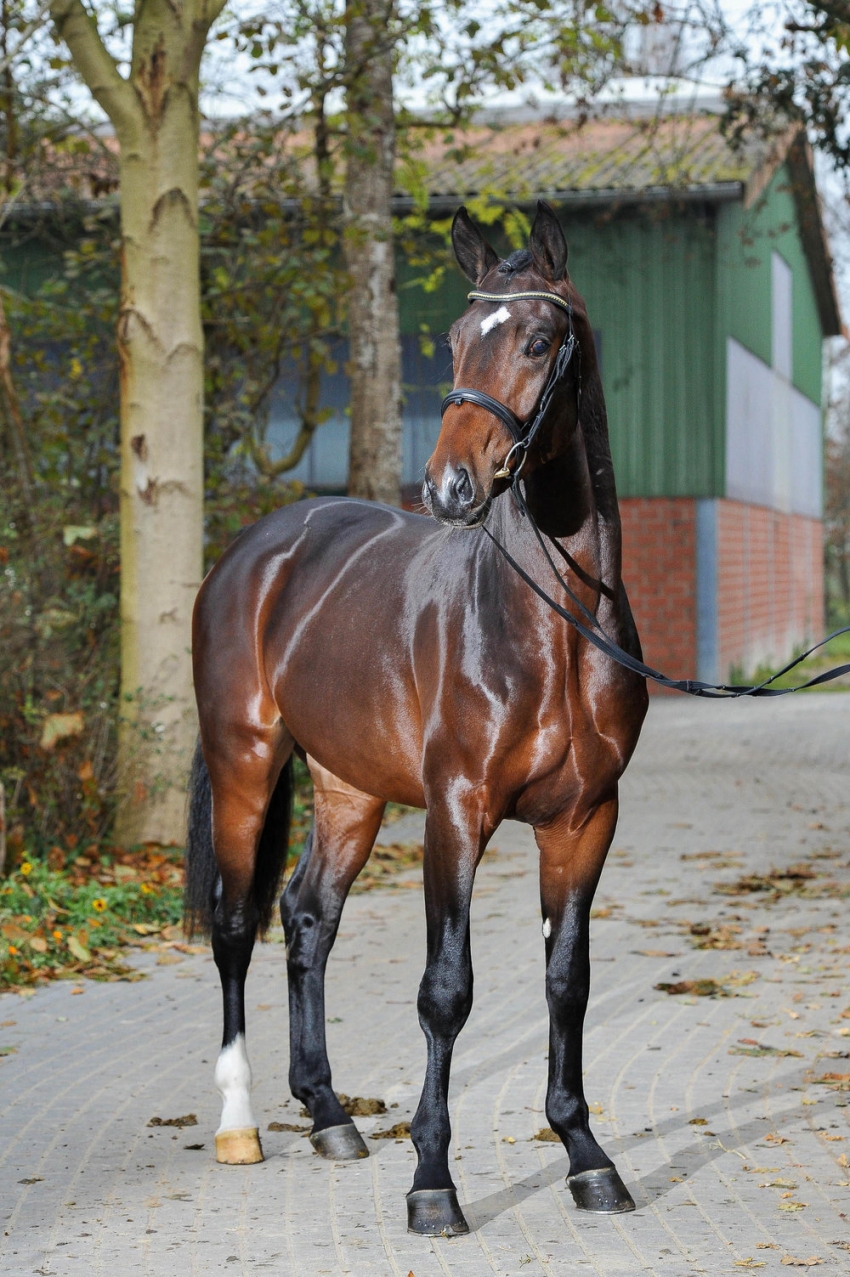 Stallion Name:
Beltano
Breed:
Hanoverian
Breeding Approvals:
AHS, ARS, HV, OHBS/GOV
Nominations:
Primary Discipline:
Dressage
Height:
17.3
Date of Birth:
2009
Birth Country:
Germany
Licensed in Verden, and in his 30-Day-Test in Schlieckau, Germany, Beltano earned impressive rideability scores of 10.0 from both of his test riders. He received a 9.0 for temperament, an 8.5 for his trot and an 8.75 for his canter. With these scores, Beltano placed second in the dressage phase with an excellent total of 145 points. Beltano won several young horse championships, including the young horse championship of Bärnau and received the “Golden Knopf” award. In 2014, he qualified for the Bundeschampionat thus becoming fully licensed by the Hanoverian Verband.

His sire, the internationally successful Grand Prix stallion Belissimo M has had a successful career earning Bundeschampion for dressage horses, and placed fifth in the World Young Horse Breeding Championships. He is a noted sire of Bundeschampions, States Premium Mares, Licensed stallions and highest level competition horses. Beltano’s dam, SPS Heavenly is a daughter of the celebrated Trakehner, Elite Hengst Hohenstein I, and she also brings the legendary Donnerhall bloodline.

Beltano was imported to the United States from Hengststation Jens Meyer, so that three-time Olympian Guenter Seidel can develop him as an international Grand Prix prospect. Said Seidel, “After riding Beltano for a few days in Germany... I saw what a nice horse he was. He has three quality gaits, has great bloodlines and has a very nice training foundation.” In 2019, the pair made their season debut during the AGDF 3 where they placed second in the competitive CDI1* Prix St. Georges with a 71.324%. Beltano returned to the arena during AGDF 5 of competition where the pair continued to impress, winning the CDI1* Prix St. Georges (72.892%). Beltano’s foals in Germany were highly successful at foal shows. They are tall with long legs, modern type and beautiful gaits showing much promise as future dressage prospects. Watch for Beltano and Guenter Seidel, competing for Leatherdale Farms, during the 2021 Global Dressage Festival in Wellington, Florida.

He is approved by AHS, HV, ARS, and GOV. 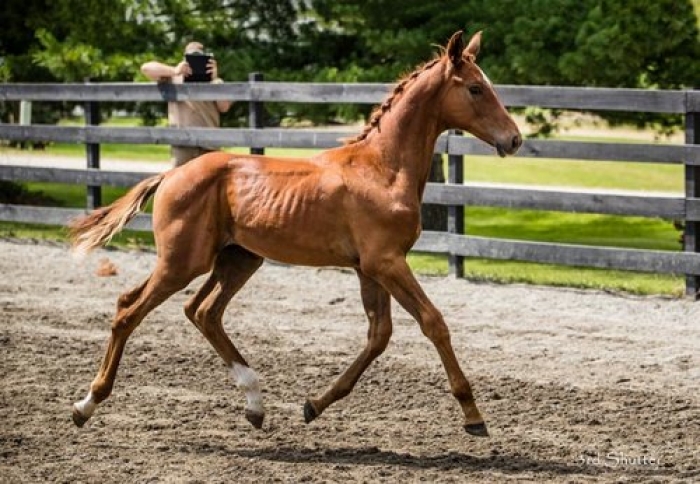