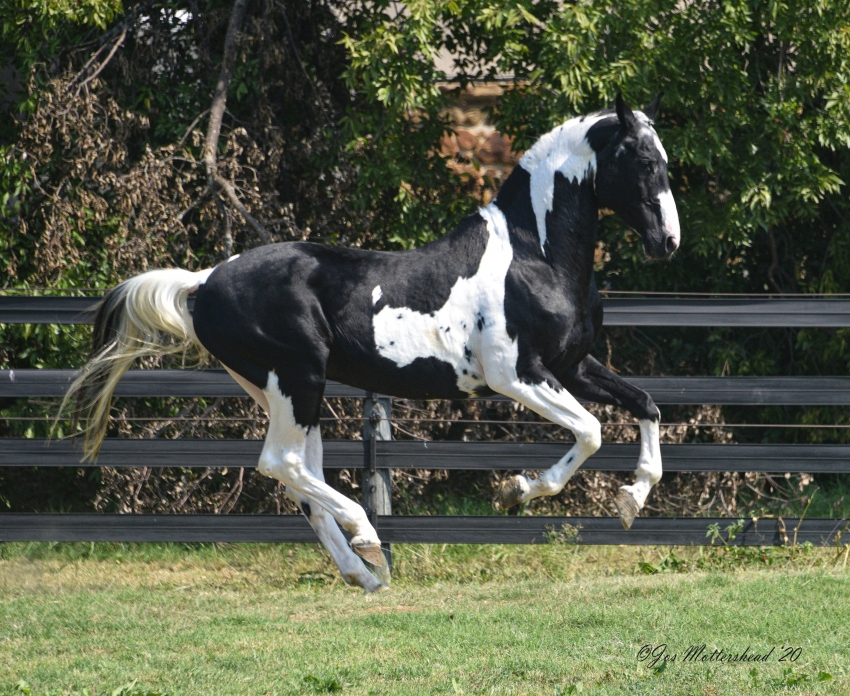 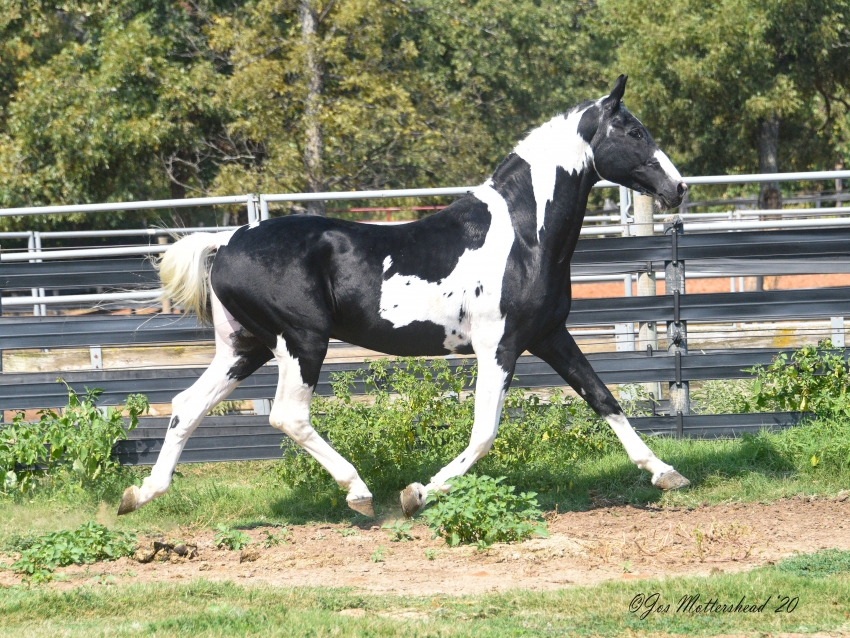 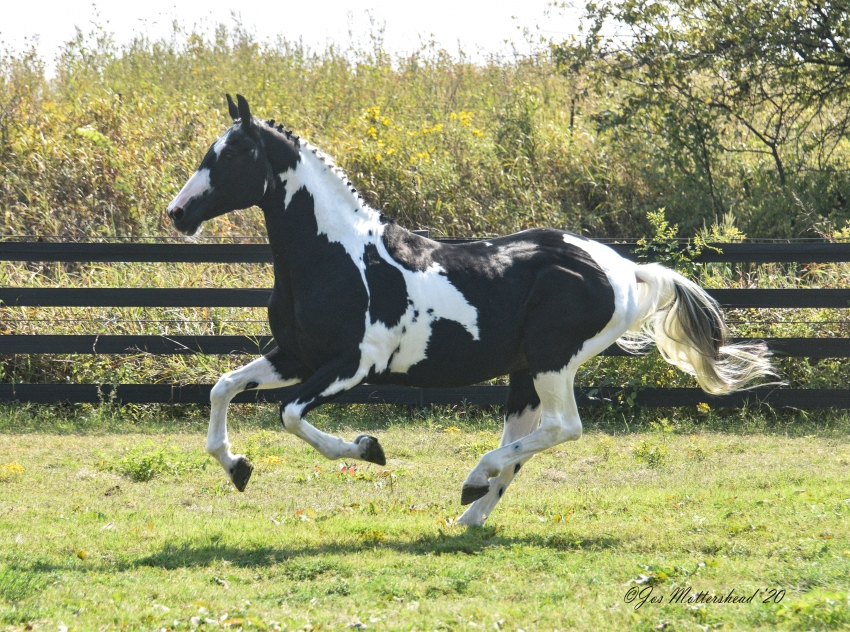 As a foal Sempatico was the Bundeschampionat" National Champion ZfDP. He is by the Oldenburg approved pinto stallion Semper, who is by Sandro, the Holsteiner stallion who is also the sire of Sandro Hit, Sandro Song and has a total of 36 approved sons, 308 approved mares, 27 states premium mares. Semper's dam Imago is an Elite Preferent rated KWPN mare, by Samber the world's most influential and successful pinto Warmblood of all time . Sempatico's dam line is also impressive, VPrSt Indian Dream, is a Verband Premium mare who is by the Dutch stallion Ico who is by the Keur Preferent rated by the KWPN, Trakehner Marco Polo. VPrSt Indian Dream is out of Sabrina, a Westphalian mare.

Sempatico has completed both his 30 day test & 70 day test at Prussendorf finishing 5th out of 18, 3rd in dressage index and 8th in jumping index. Final score: 7.81 Also at the announcements of his scores Frank Bangert the head director of Prussendorf State Stud said "Sempatico is the best colored horse he has ever seen" and congratulated his breeder Mr. Michel on such a nice horse. In his 70 day testing, Sempatico finished 6th in dressage with a great score of 121.25 points! He placed 11th of all 30 stallions in this testing with a total score of 106.67.

Anita Heuser, the Thuringian Vice Master of Dressage, had Sempatico in training. She stated that he is not only wonderful to watch but equally wonderful to ride. Sempatico started out in the USA at Willowlake Farm being ridden and trained by Carol Lawrence over the winter. Everyone at Willowlake had rave reviews for Sempatico, they loved his temperament and Carol loved how wonderful he was under saddle.
Sempatico's first show in the US was Dressage at Devon, with little preparation (due to a tornado we had here and Sempatico's heavy breeding schedule earlier in the season) Sempatico shined; placing in the top 4 in every class and winning all of his IBC classes.