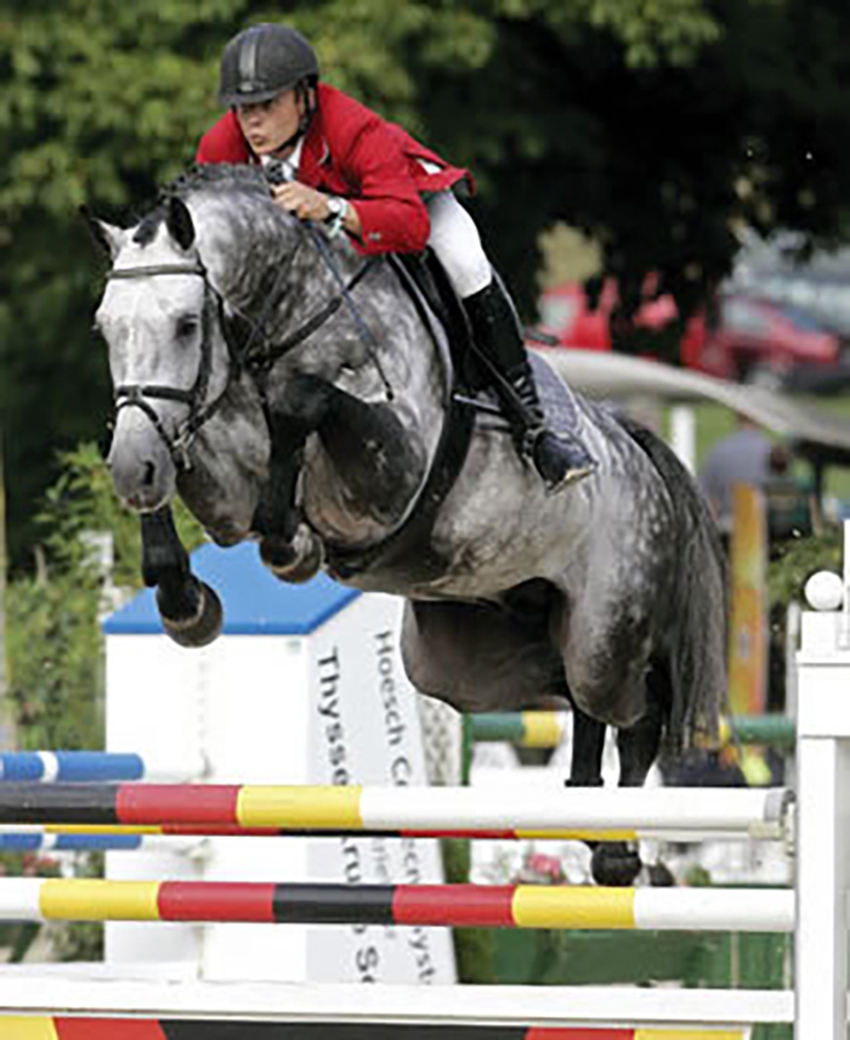 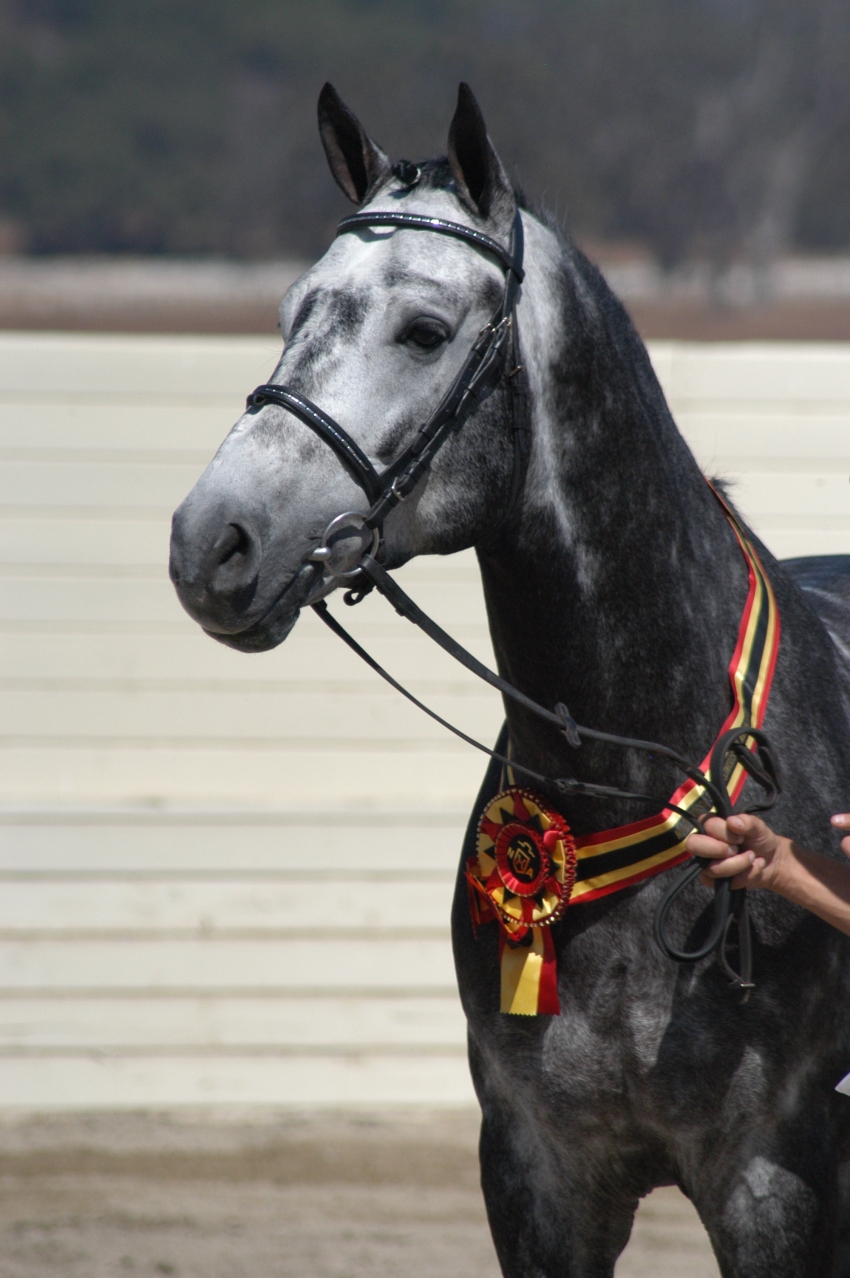 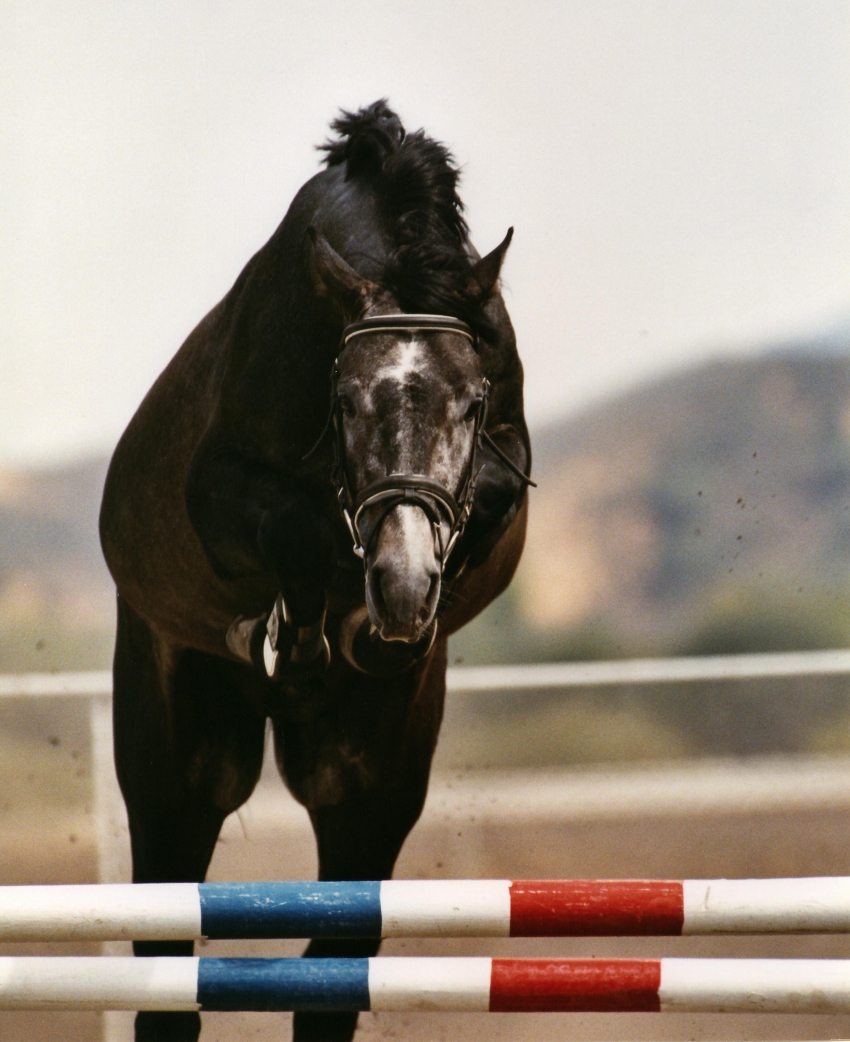 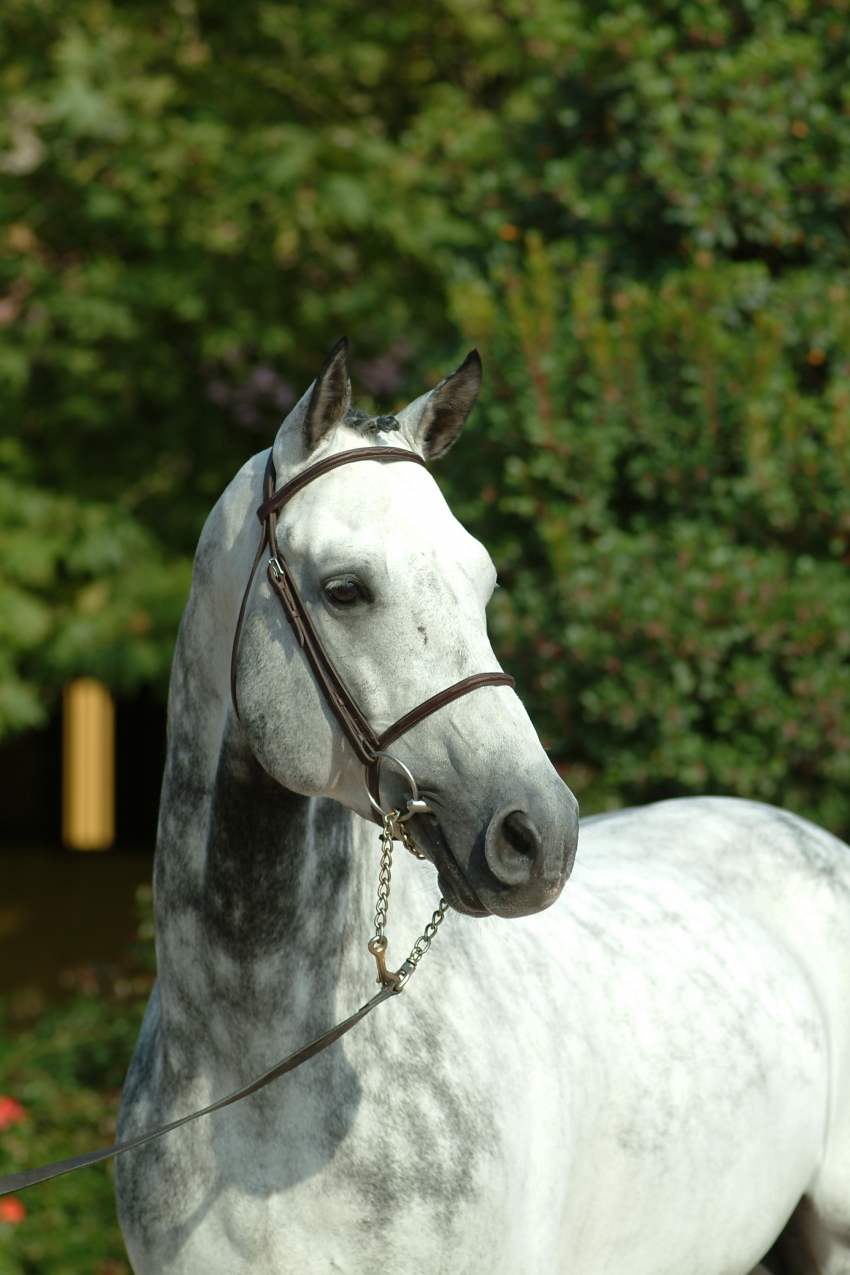 Contefino's dam is sired by Corofino. He achieved victories in international competition.

Contefino received the highest scores at the AHHA stallion approvals. He received the dream score of 10 for jumping ability and 10 for technique. Contefino has 3 very good gaits with a score of 9 for canter.

Contefino was sold at age 6 back to Germany. He was known throughout Europe for his remarkable jumping ability. He went on to compete in the 1.60m classes in Europe.

An injury let to his retirement from the show ring and he returned to the States to pass on his legendary jumping ability.

Contefino has proven himself as a very successful sire, having produced eight approved stallions and many top performance horses. 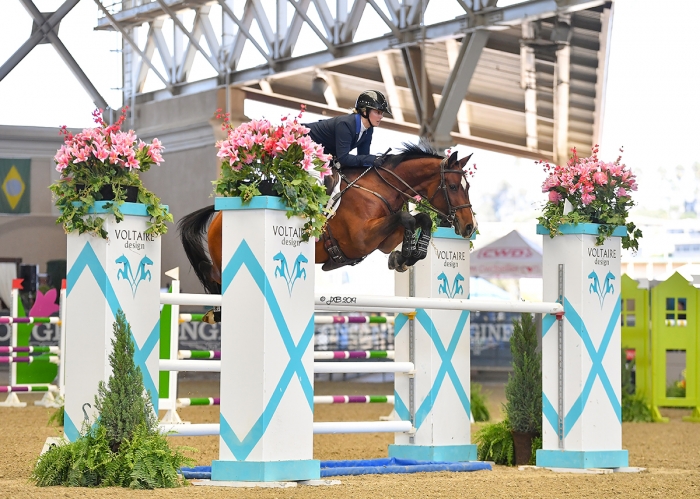 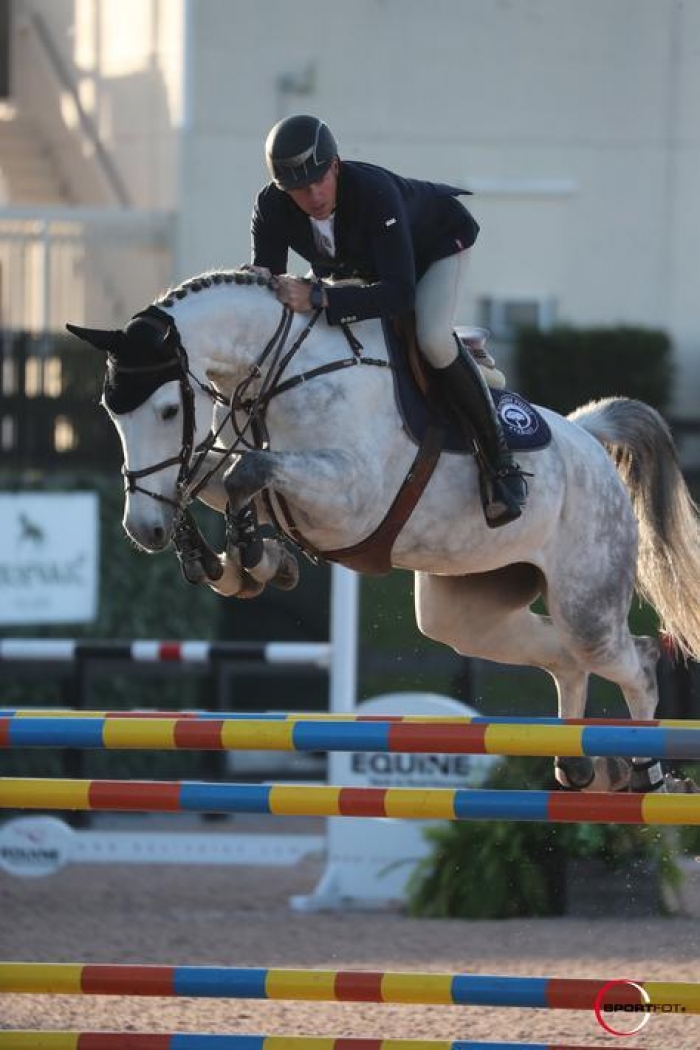 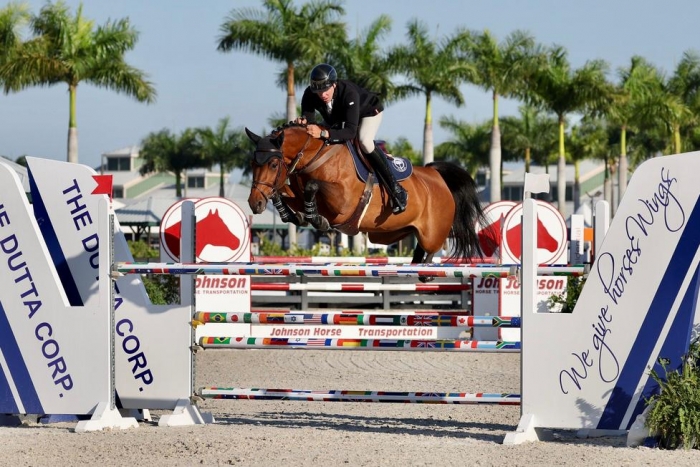 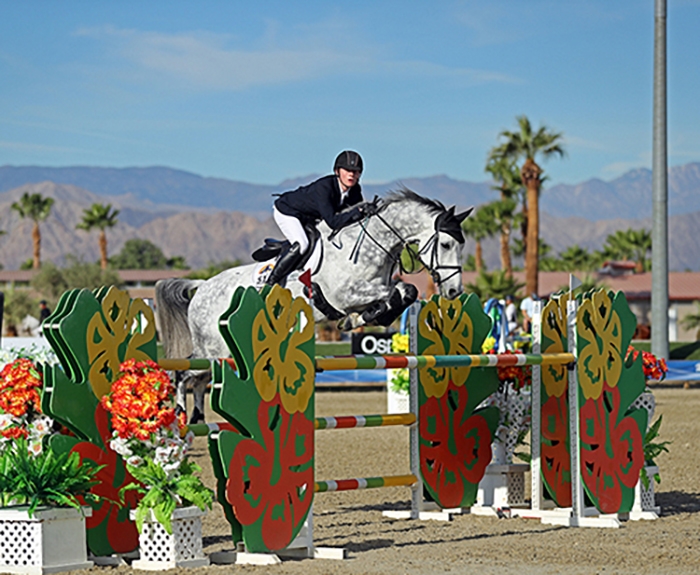