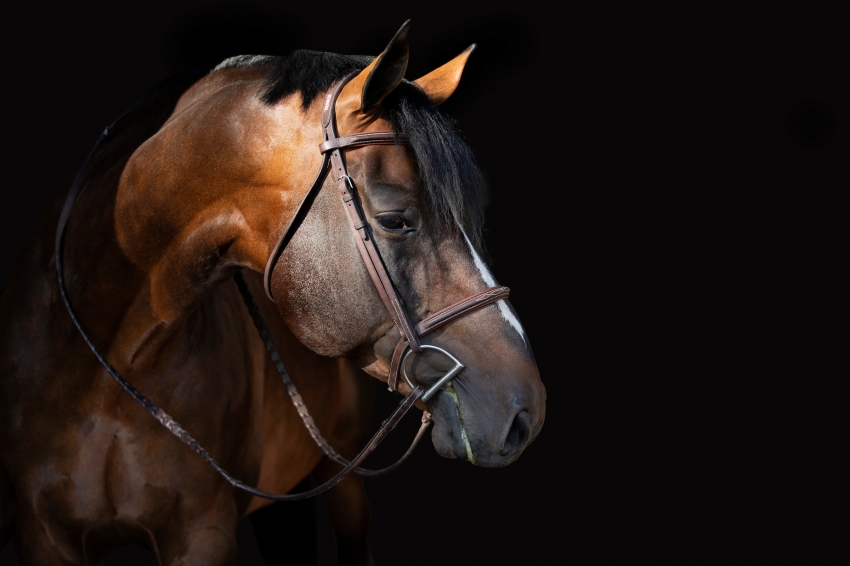 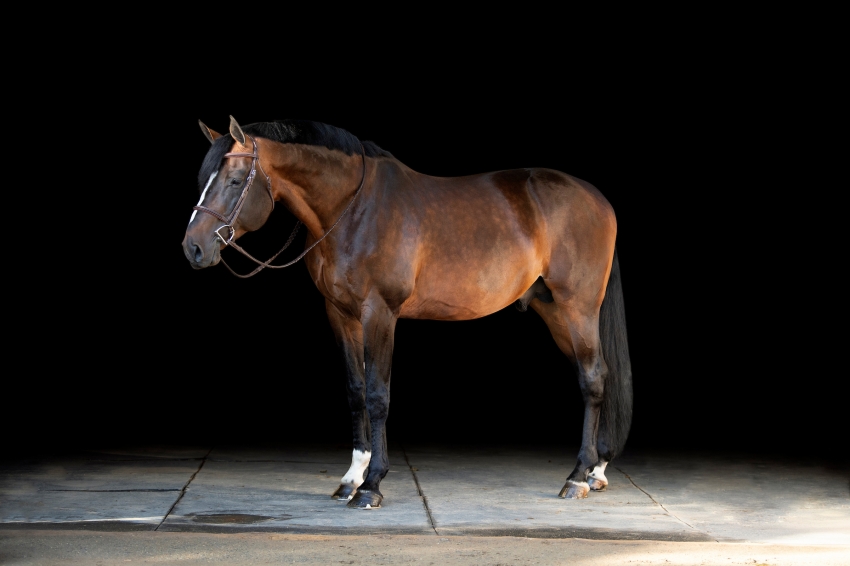 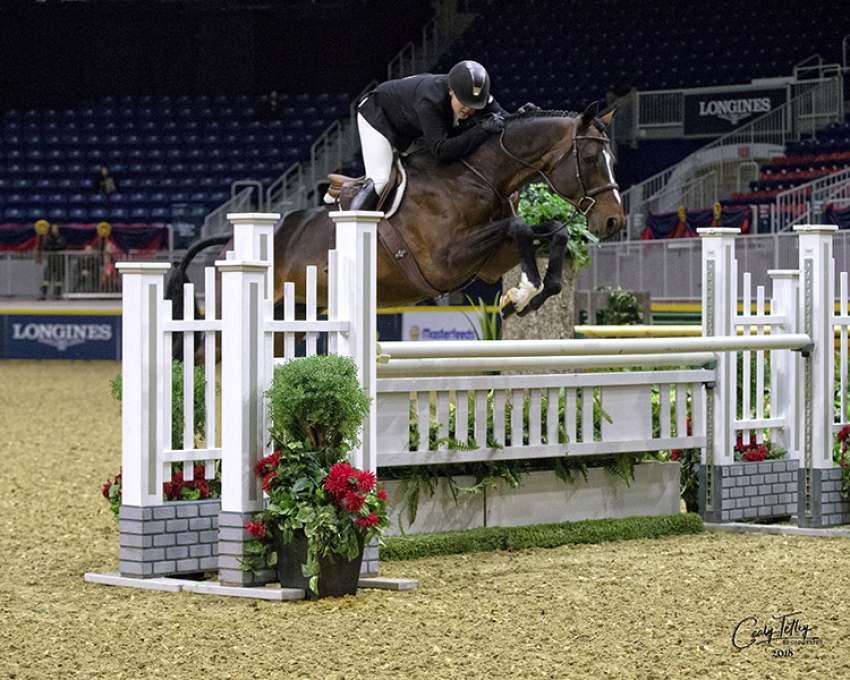 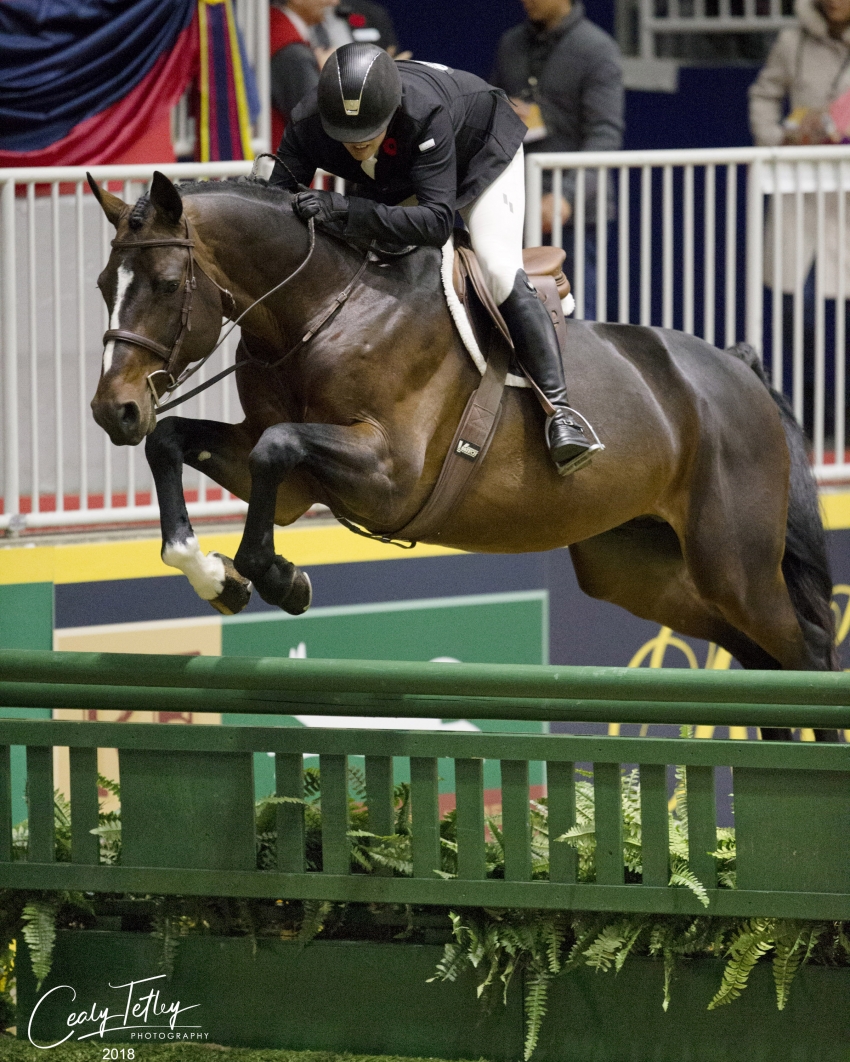 Stallion Name:
Diamo Blue
Breed:
Oldenburg
Breeding Approvals:
OHBS/GOV
Nominations:
Primary Discipline:
Hunters
Height:
17.1
Date of Birth:
2011
Birth Country:
Germany
Diamo Blue is a 10 year old Elite Fully Licensed Oldenburg Stallion who we welcome to stand exclusively at Ryan Pedigo Sport Horses & Ryan Pedigo Farms, in Riverside California. Diamo Blue has already celebrated a successful career in both the Hunter and Jumper rings, showcasing his many outstanding qualities: temperament, rideability, jumping scope, movement, correctness and class. These have elevated him to another level as a breeding stallion, in both the world of sport horse breeding and high performance stallions. Diamo is fully approved by The Oldenburg Society and is WFFS Negative.
Diamo's outstanding pedigree and extensive heritage are from some of the finest show jumping bloodlines in history, which showcases this outstanding breeding stallion's wonderful story. Additionally, Diamo has established a proven breeding record as he has produced some of the finest sport horses competing today. Diamo has consistently passed on all of his outstanding qualities to his offspring - exactly what you would expect from a much sought after breeding and performance stallion.

Diamo Blue successfully completed in his 70-day stallion test in 2015 in Germany, then was imported to North America in the fall of that same year. Immediately upon arrival, he competed successfully in both The Young Horse Jumper series in Florida and later in Ontario, Canada from 2016 until 2020. During these show seasons he captured many Hunter Derby Championships, both in Canada and the US. His highlights include: The Royal Winter Fair in 2018, 2019 and 2020 - The World Equestrian Centre in Ohio March 2019 - The Canadian Reserve Champion Combined Hunters at The Royal Winter Fair in 2018. Diamo quickly excelled in his performances with top Canadian Hunter rider Kristjan Good in the saddle. Furthermore, Diamo earned a third place finish during The Hunter Derby at The Royal Winter Fair with catch rider, Ryan Roy in the irons. True to his bloodlines, Diamo Blue combines athleticism and unbelievable scope with an amateur friendly temperament. Needless to say, Diamo Blue's show seasons have been a huge success.

Diamo's lineage encompasses some of the finest Show Jumpers - Chacco Blue and Diamant de Semilly - two top stallions of the WBFSH/Rolex Jumping Sire Rankings for 2017, 2018, 2019 and 2020. The late Show Jumping legend and WBFSH/Rolex veteran Chacco Blue needs no introduction - his rich heritage comes from a long line of show jumping champions ~ Chambertin, Contender, Cor de la Bryere, and Calypso II, to name a few. Just months before his passing in 2012, Chacco Blue had won the Grand Prix of Neumunster. Three years later, Chacco Blue, with four progeny, was the best represented stallion at the European Championships in 2015. Diamo's sire, Diarado, is known as a member of the Top Ten Best Show Jumping Sires in the World. Diarado owes this great honor to his offspring, led by Don Diarado/Maurice Tebbel, WEG team bronze medalist, who placed second in the Grand Prix of Prague/CZE and silver medalist at the German Championships, Dicas/Margie GoldStein-Engle USA, winner of the Grand Prix of Deaville/FRA and Traverse City/USA, Squirt Gun/Paul O'Shea/IRL, winner of the National Cup of Wellington/USA , Ezra Van W/Giampiero Garofalo/ITA winner of the Grand Prix of Valencia/ESP, Dourades/Cian O' Connor/IRL, Dialetto PF/Conor Drain/IRL, Diarindo Z/Caroline Muller, Emerette/ Michel Robert/FRA, and Diachacca Rouge/Laura Klaphake, who placed in the Young Horse Tour. 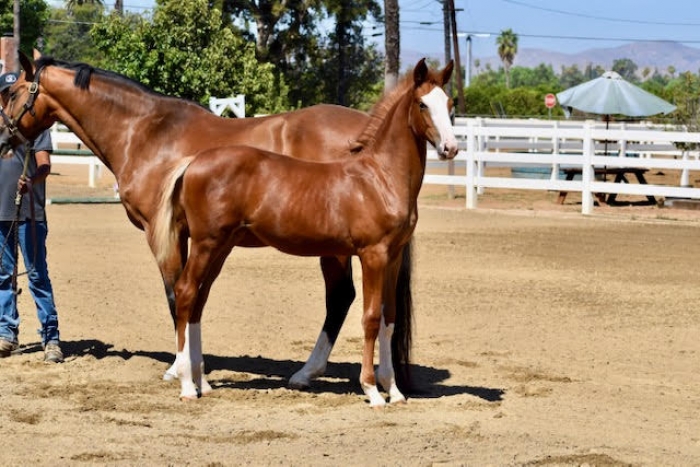 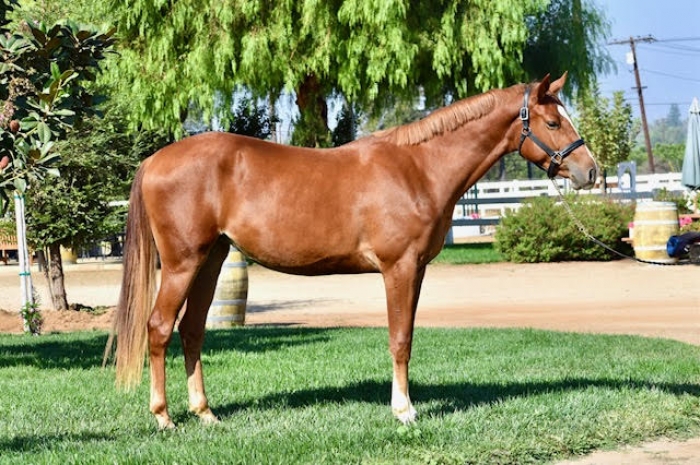 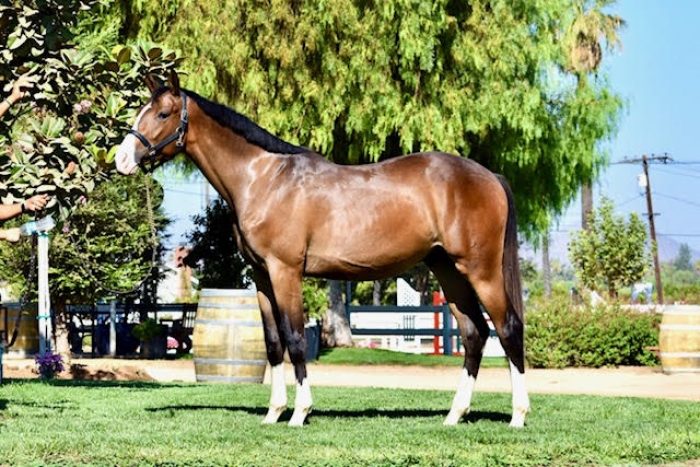 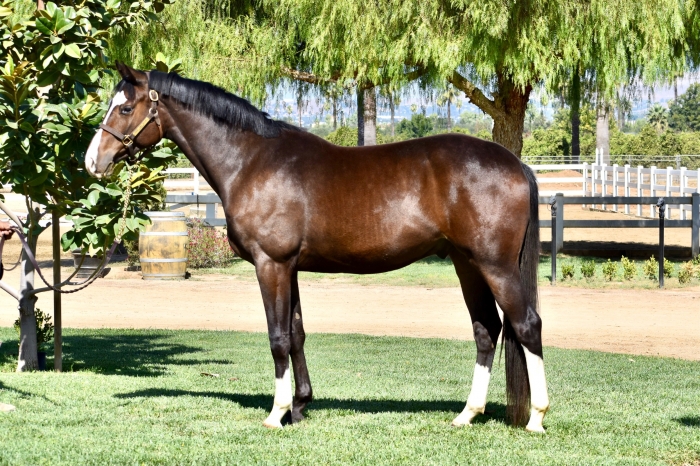