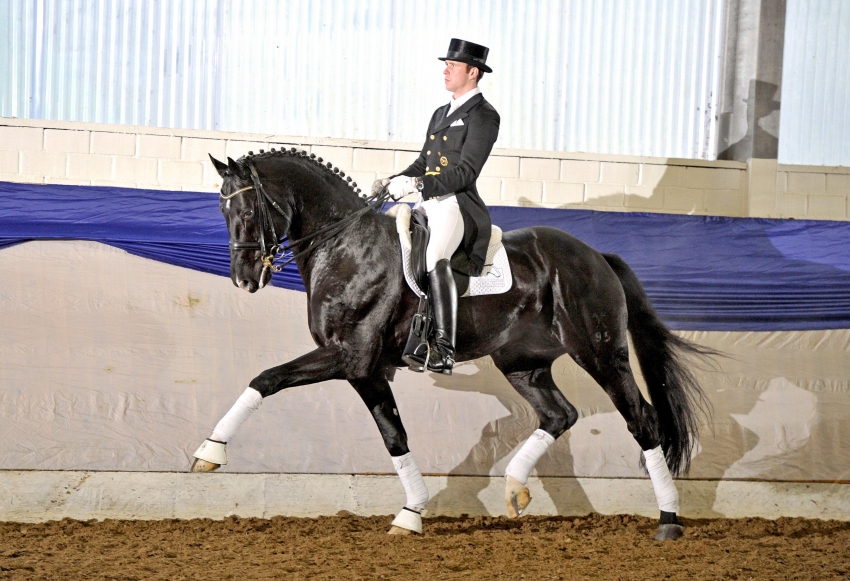 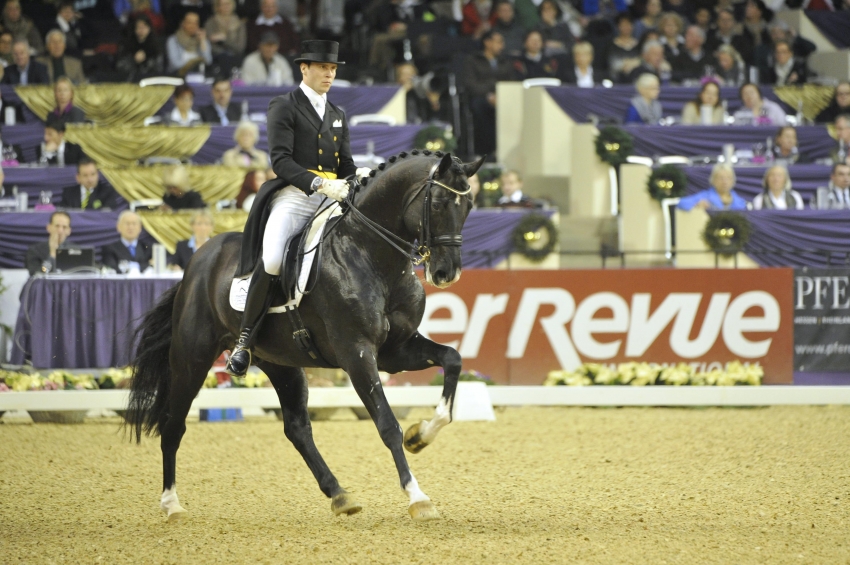 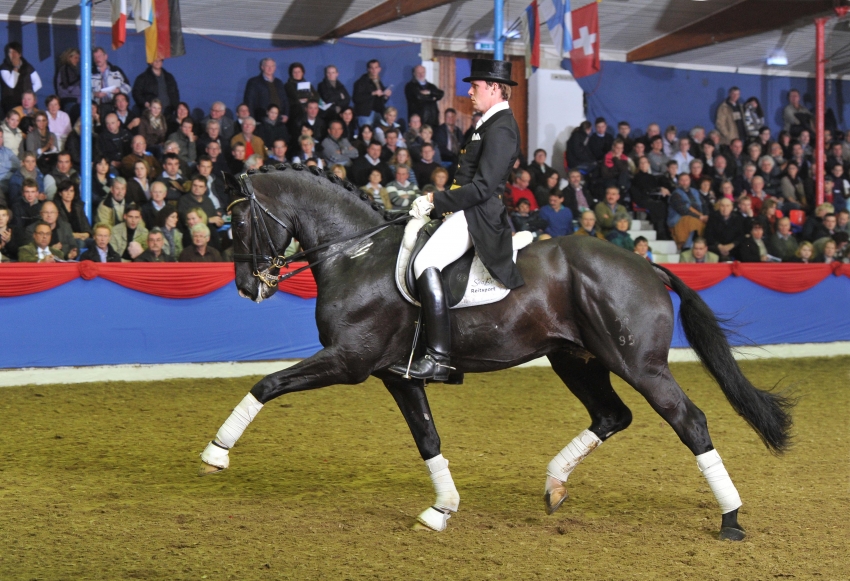 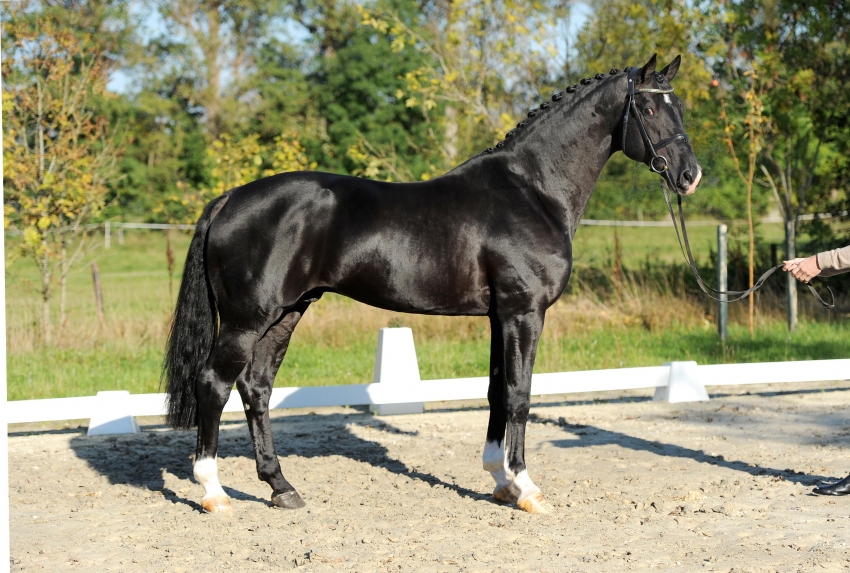 Stallion Name:
Hampton
Breed:
Hanoverian
Breeding Approvals:
AHS, HV, OHBS/GOV
Nominations:
Primary Discipline:
Dressage
Height:
16.3
Date of Birth:
2004
Birth Country:
Germany
Hampton is the carbon copy of his famous sire His Highness. His Highness was the Champion of his Hanoverian stallion licensing, his stallion test and the Danish stallion licensing. He was a successful dressage competitor and sire, producing 17 licensed sons, 69 St.Pr. mares and successful offspring too numerous to mention. As a 3-year-old, Hampton was Reserve Champion of his 70-Day Stallion Test in Schlieckau (overall score 134.24). He competed and won several young horse classes with high scores. In 2009 Hampton qualified for the Bundeschampionat in highly competitive shows. He was successful up to Inter. I and qualified for the finals of the 2013 Nürnberger Burgpokal. He is bred out of an exquisite dam line which combines success in breeding and sport.

Hampton’s dam, SPS Red Chili, produced a second licensed son. Granddam SPS Carina is the full sister of renown stallion Compliment and is dam to the licensed stallion Lesodoro. SPS Carina and daughter SPS Red Chili won as a family in the 2007 and 2009 prestigious Herwart von der Decken Shows. This damline is Hanoverian royalty, (the Ahnenhold family) known for producing internationally successful horses and licensed stallions. Damsire Rotspon, by the legendary Rubinstein I, was Champion of his stallion test and has sired an impressive 21 licensed stallions. Rotspon and Grand Prix dressage stallion Rubinstein I are both noted for passing on excellent rideability and trainability. 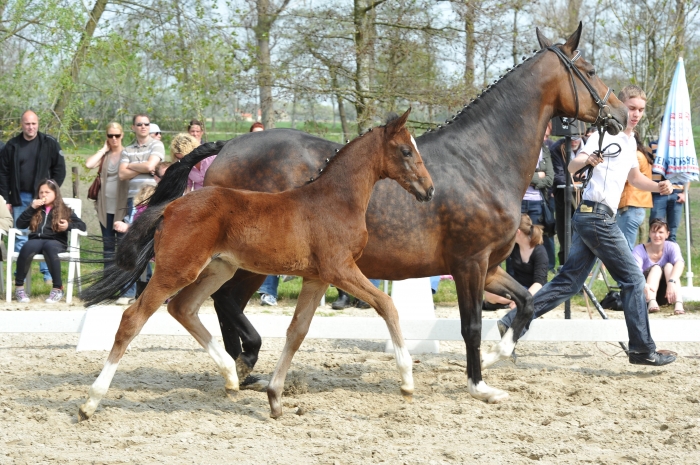 An elegant colt by Hampton out of a mare by Worldly.
Photo Credit: Kiki Beelitz 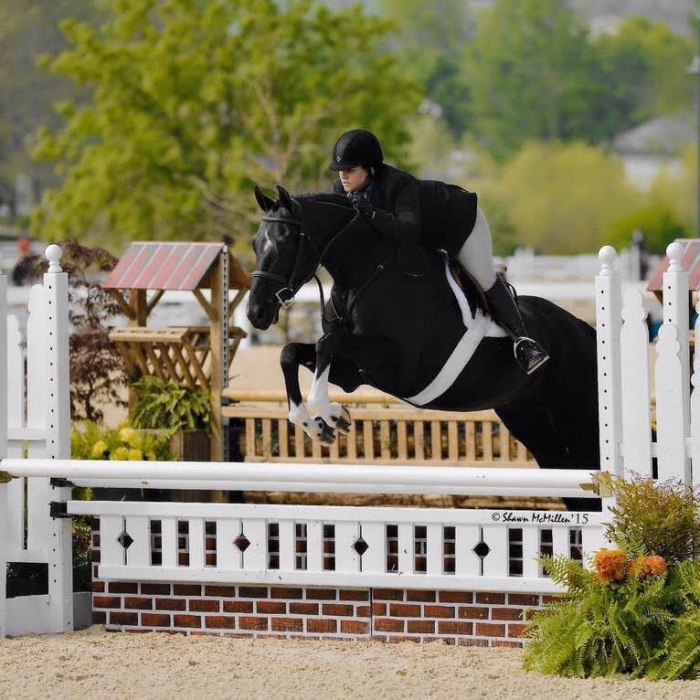