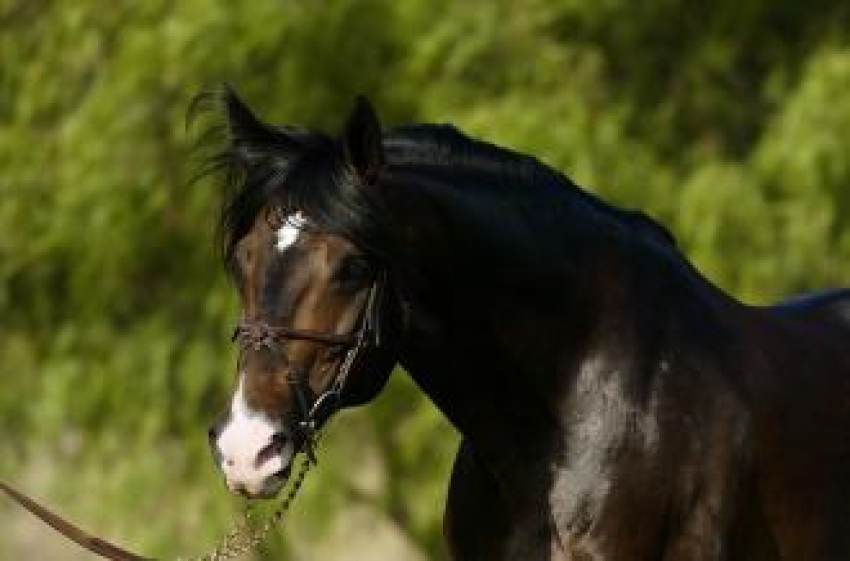 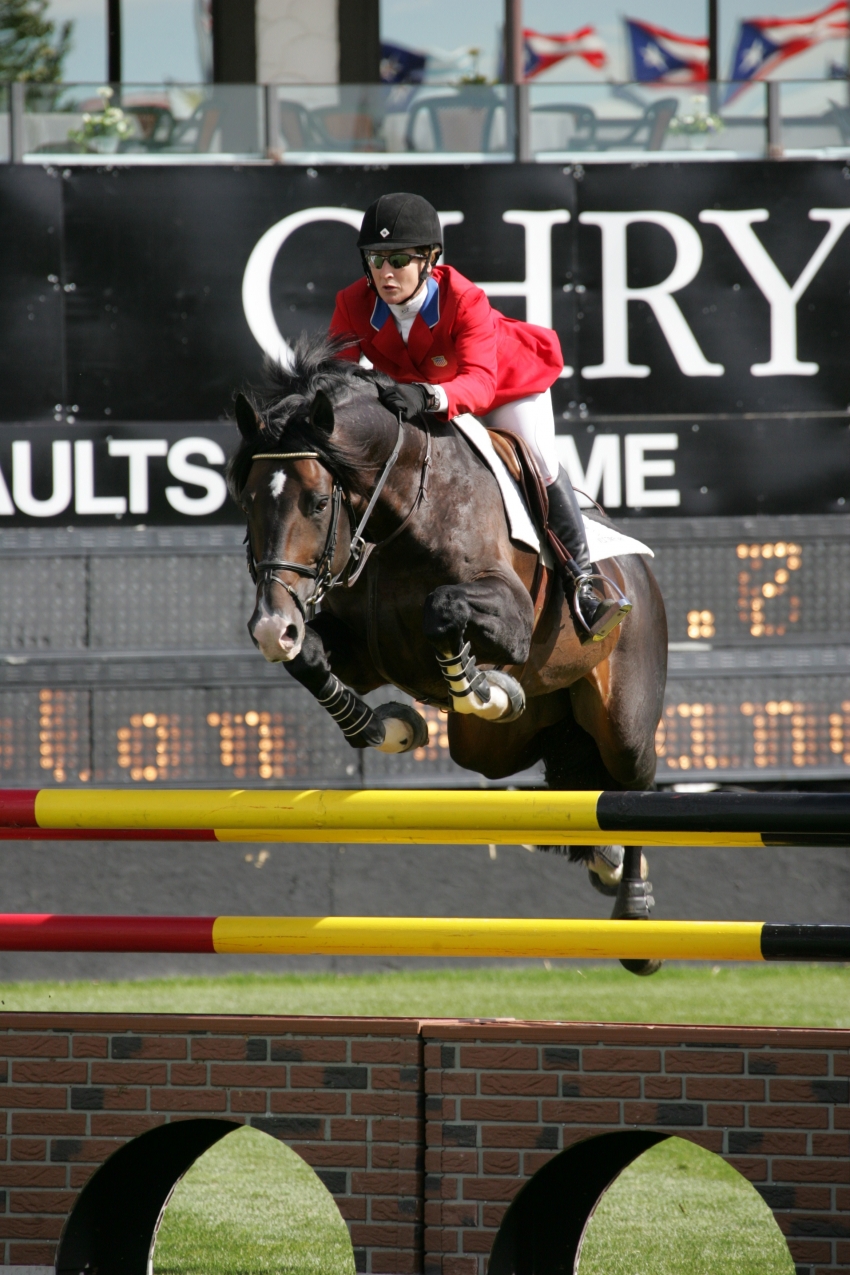 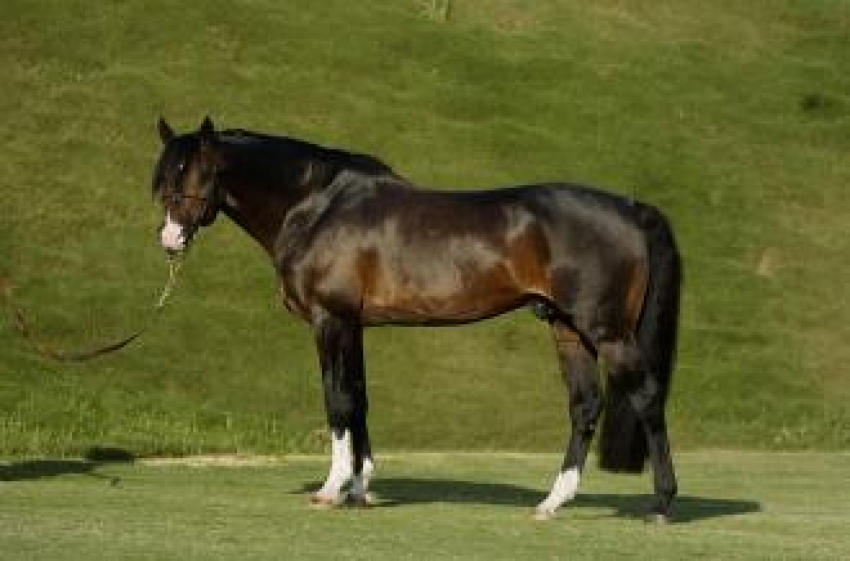 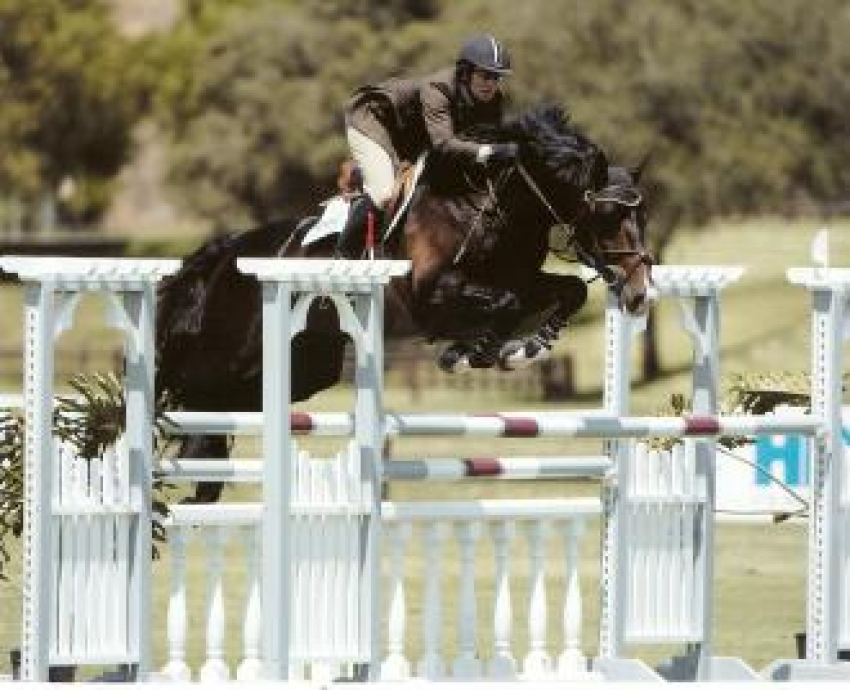 Stallion Name:
LioCalyon
Breed:
Holsteiner
Breeding Approvals:
OHBS/GOV
Nominations:
Primary Discipline:
Showjumping
Height:
16.3
Date of Birth:
1992
Birth Country:
Germany
LioCalyon – Performance – This son of Liostro is beautiful, athletic and well mannered. This athletic ability and big heart led him into the winner’s circle many times. LioCalyon retired in 2006 after a long and prolific career. He didn’t miss a show season in 10 years of competition. He campaigned successfully at the 1.50m level in California, Oregon and Canada with Mandy Porter. LioCalyon was awarded in 2010 the USEF South Pacific award for leading U.S. based sire of show jumpers.

LioCalyon has three approved sons: Lillix WT approved AHHA, Oldenburg GOV, and RPSI; Leapfrog WT approved Oldenburg GOV; and Peterbilt approved BWP elite stallion. Peterbilt was also the 2010 PCHA Horse of the year. LioCayon has produced top mares – Dragonfly WT owned by Alexia Honneger was the top bred AHHA mare for 2014 and Exclusive WT scored 52 bonits at the 2015 AHHA inspections. His most known offspring is Dunstan Delphi out of the Thoroughbred mare Flower Power xx, jumped at the 1.60m level with Katie McVean, placing 6th in the World Cup final at Leipzig in 2011 and jumping clear rounds at the 2010 WEG.

LioCalyon comes from a strong performance stamm 741. This stamm is known for the top producer Cardento (by Capitol I). Cardento has proven himself a sire at the highest level winning a silver medal at the World and European Championships and the Olympics of Athens with Peter Eriksson.

LioCalyon is available with frozen semen (quality is still excellent). In 2019, Lio passed away at the farm. His memory will live on in his beautiful foals and his approved stallion son, WT Leapfrog. 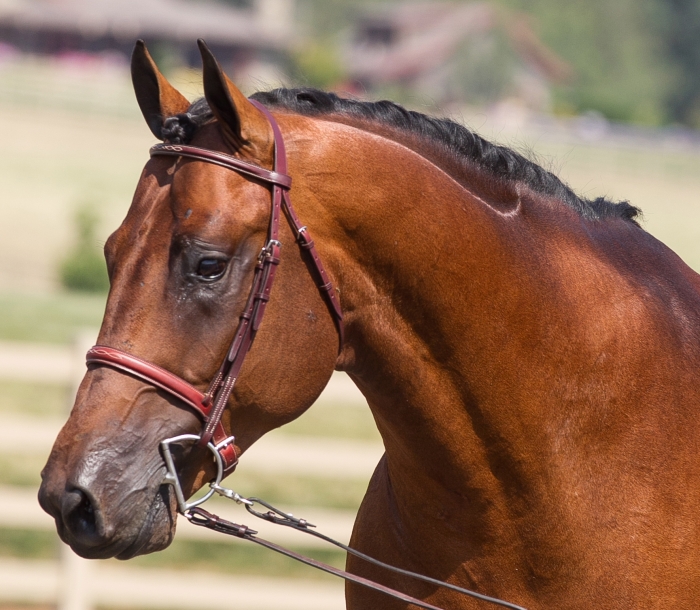 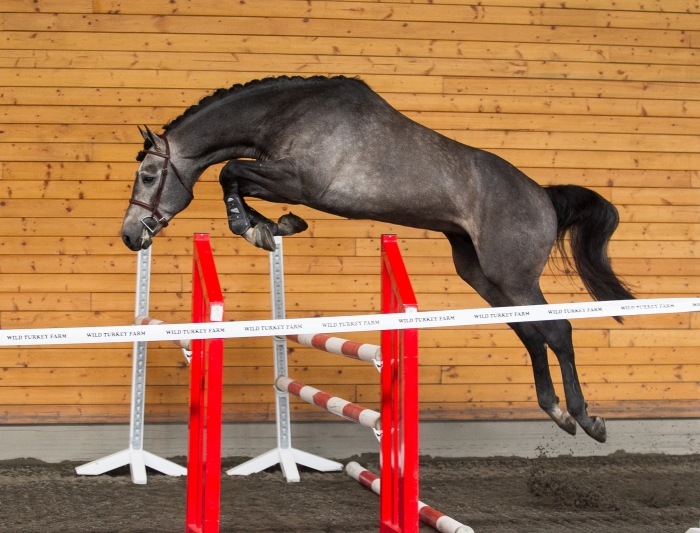 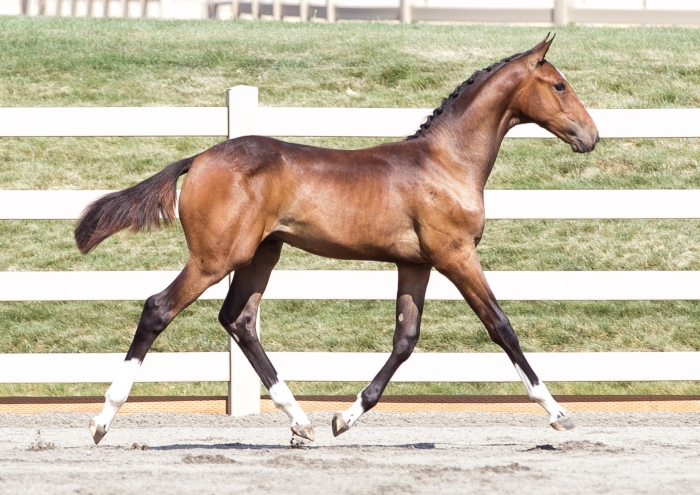