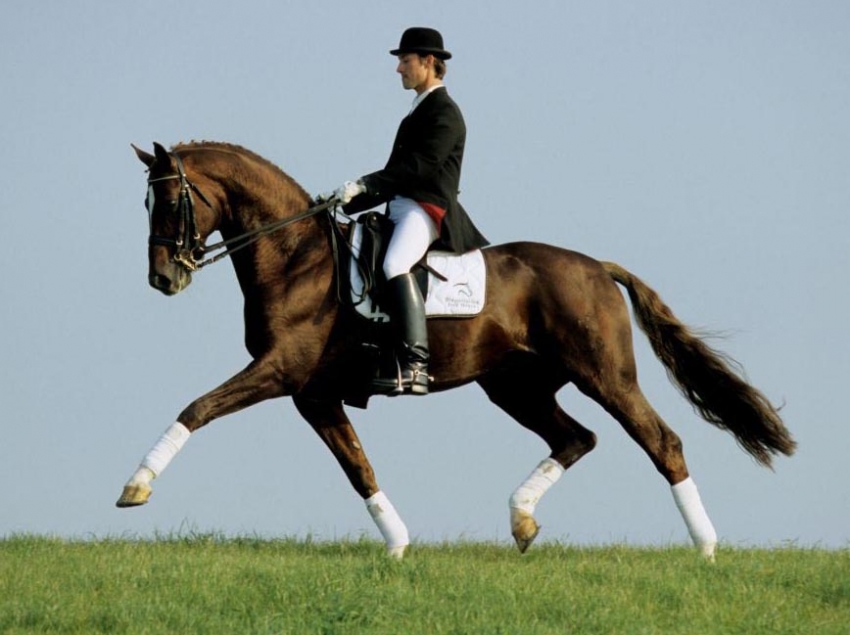 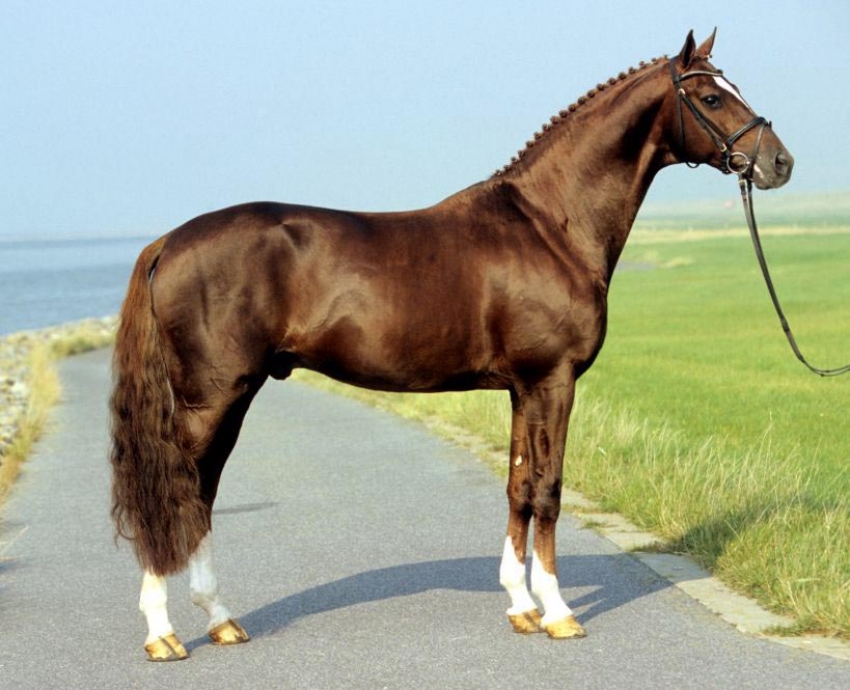 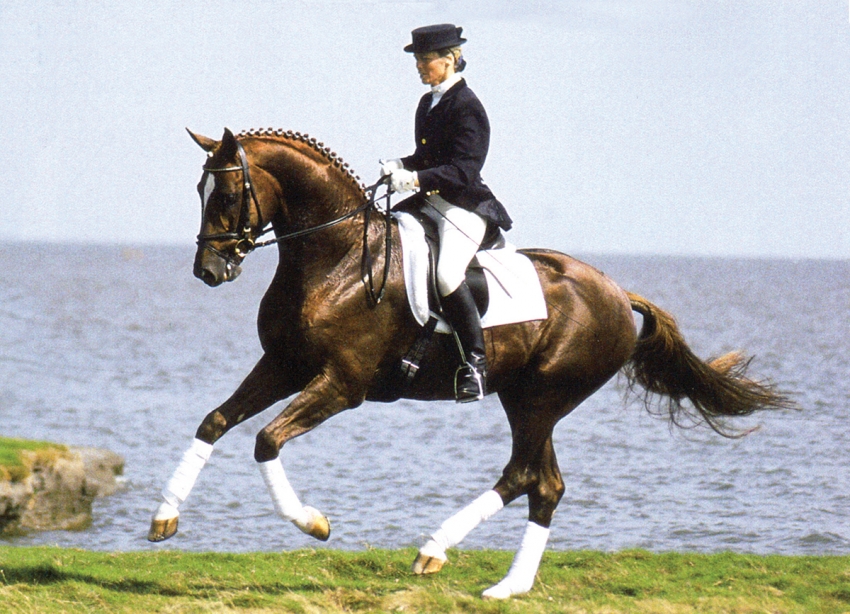 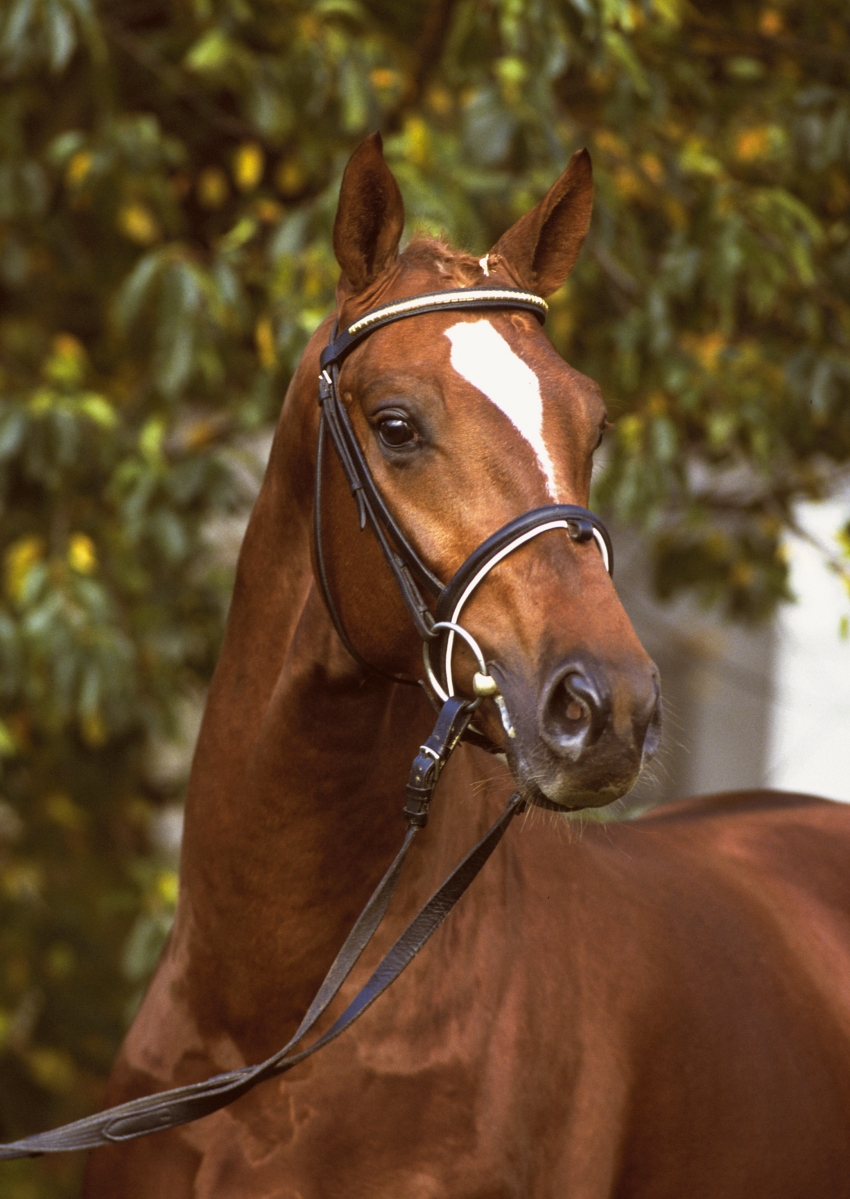 Dacaprio’s noted sire Davignon I is a son of Dressage Horse of the Century, Donnerhall. Damsire, Grand Prix competitor Caprimond, was 100-Day Test Champion and Trakehner Stallion of the Year. The Hannoveraner Jahbuch Hengst places Dacaprio in the top 20 for all sires, based on his daughters’ rankings and in the top 100 Dressage Sires of Germany (FN). 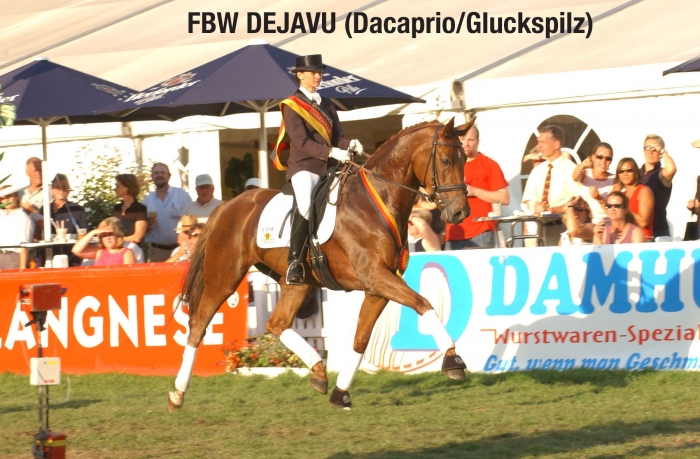 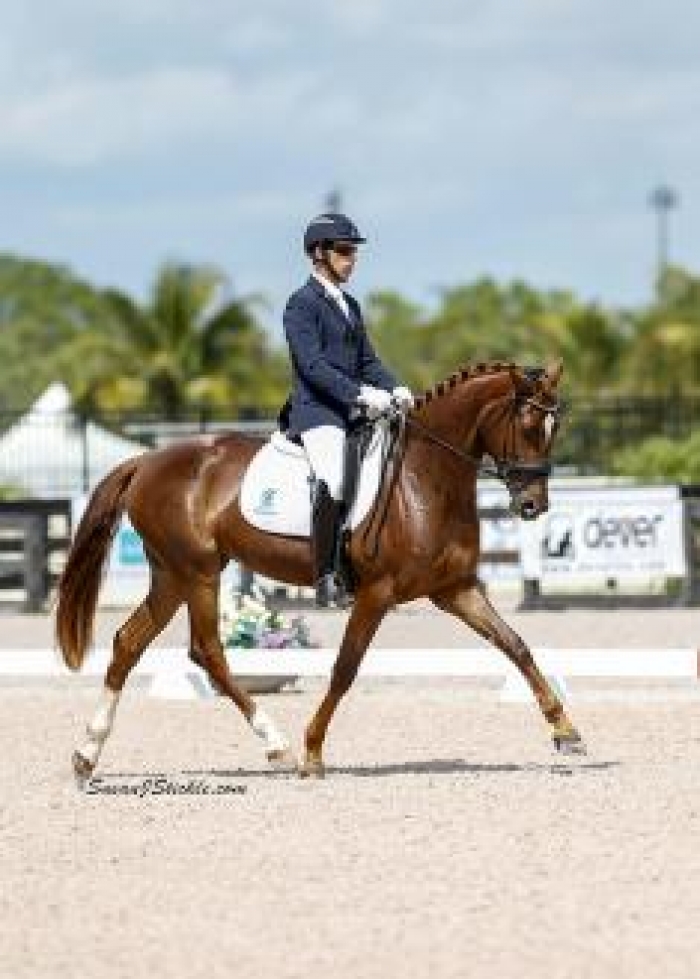 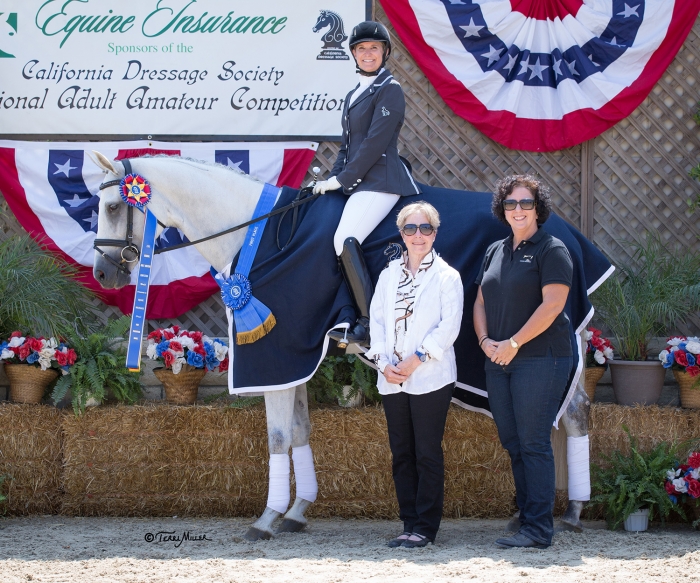 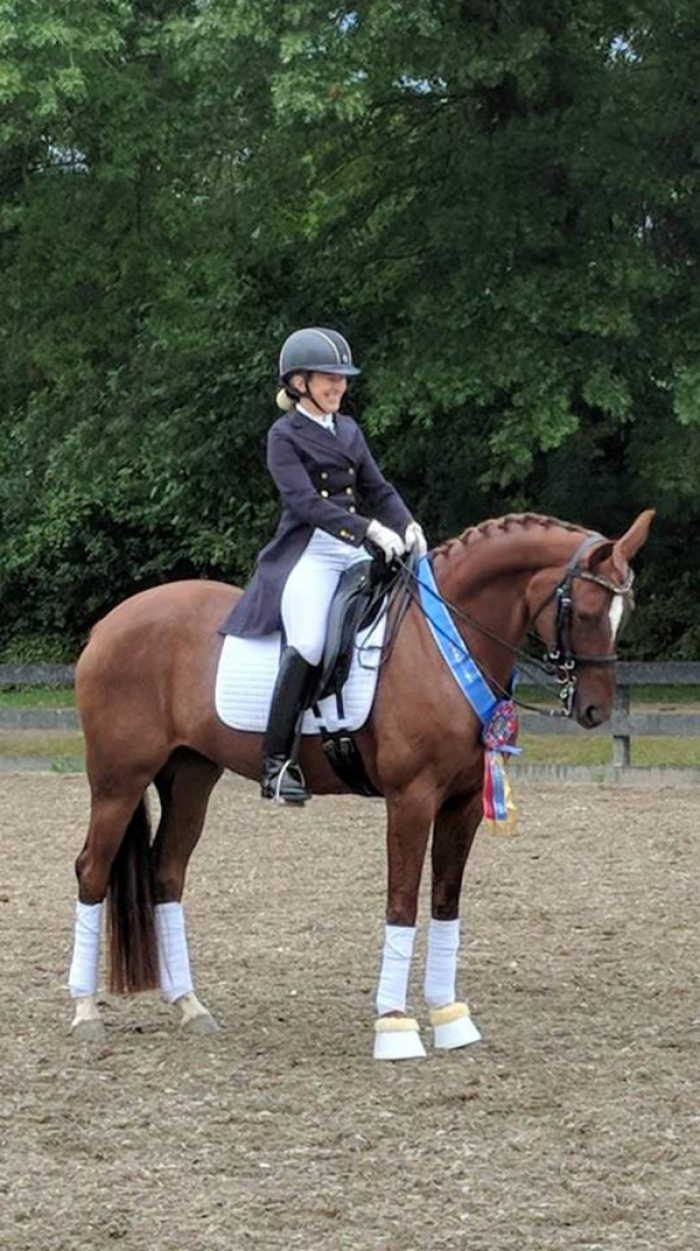 Click here to see all stallions managed by Bridlewood Farm