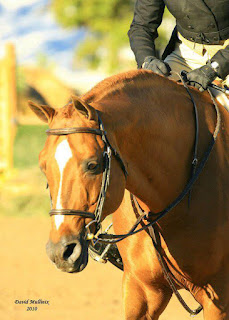 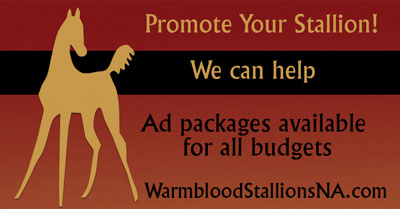 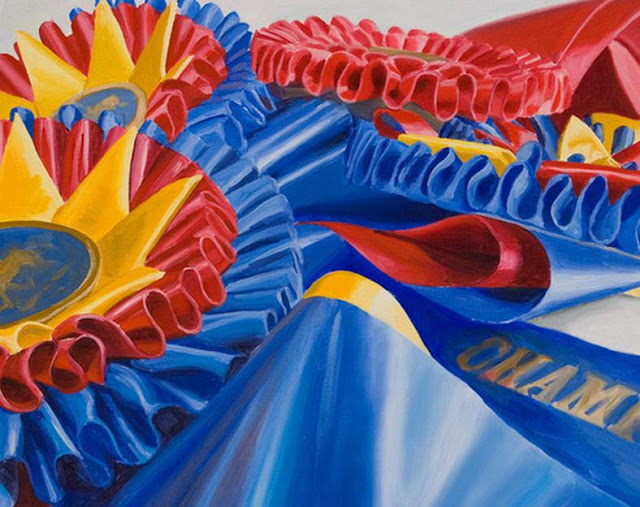 Silver Twist is an Anglo-Trakehner stallion with a remarkable pedigree and a remarkable life. He was born in 1999, and was bred by Robert Vitale.

Susan Church, his current owner, first met him when he was a yearling, but he’d already had a rocky start—starting before he was born. His dam was Star News xx, who carried the bloodlines Robert Vitale was looking for. She was by Good Twist xx, and was a half-sister to Gem Twist—so Vitale bought her sight-unseen. But she was what Susan Church calls “a reproductive challenge.” By the time Silver Twist was born—August of 1999—she was over 20 years old.

The next hurdles were injuries as a foal. According to Susan, “Silver Twist had multiple skull fractures at a young age. I've talked to a number of people, and never got a clear picture of what happened. I know they gave him cortisone to reduce the brain swelling, and it affected his eyes. His vet said he was a fighter. He was like jello, recumbent, couldn't stand, but he would eat, so the vet kept treating him. The vet thought he would be completely blind.

“He still loves to eat!

Silver Twist at one and a half.

“I met him when he was one. I trained horses for Bob Vitale, and he sent Silver Twist to me for his early training. He'd been living outside on a big nursery farm. Honestly, he looked pitiful. He had lice, worms, you name it. But he was a great horse from day one. My goal was not to change that. When Frank Chapot said he'd be known as the trainer who didn't ruin Gem Twist, I knew what he meant. The Twist horses are special. Show them once, they get it. But you can't bully them.

“Silver Twist and I bonded right away when he was a yearling,” and they spent the next four years together.

Silver Twist at five. This photo was used in the USDF instructional publication on showing on the triangle properly.

“When he left my barn as a coming five-year-old, he looked great. He won USDF All-Breed Stallion of the Year that year.” Bob then put him in training under saddle, but Silver Twist passed from barn to barn, and Susan lost track of him. All she really knows is that he was not shown or promoted much during those years. “I thought he would be ridden and shown, but it didn't happen. Maybe his eyesight?”

“I got him back seven years later.” Bob offered her the stallion when he stopped breeding. “It took me four years to pay for him, and he's the best gift I ever received. A gift. That's what he is to me.

“I ride him now, but he's more comfortable bitless. He's a blast to ride. He's very easygoing, but his gaits are huge. He loves free-jumping. He'll jump by himself in a ring. You have to go stop him, he'll jump big oxers backwards, and spin, and jump them the other way. He loves speed too. Sometimes he jumps little things really big because he can. He just loves it.

"I wished he'd shown under saddle. He would have enjoyed it. He's a character, and a bit of a show-off. Now he's 18, and he likes being at home.

"He's pretty pampered. Blankets, fly masks, he has a lot of clothes. He lives in a paddock with a big open run-in stall and a pasture attached. No electric fence. He's not really a stall horse, but he likes his fan when it's hot. In the winter he has a big foaling stall at night.

Silver Twist with a couple of human friends.

"He has friends; he has his gelding buddies next to his pasture. He loves cats. He had two families of swallows grow up in his stall, and a litter of barn kitties. I would move them out, the momma cat would move them back. He never stepped on them, even when one climbed his leg. He's very gentle.

"He likes joking around. He will hound you for wither scratches. He likes it when you climb the apple tree and knock down apples. He'll be there under it, cheering you on. We go for collections at Stallion Services LLC, and he is so good. Robin Derue, who collects him, calls him "a good egg." He is very polite with her.

"When I started advertising him and breeding him, I knew he was a good horse with tons of talent. His bloodlines are so rare. He has a lot in common with Gem Twist, and Abdullah was amazing. Who doesn't remember Abdullah in the 1984 Olympics? What a gorgeous, talented horse he was.

"But I didn't realize how prepotent Silver Twist is, not at first. Every foal looks the same, no matter what the mare looks like. I'm really pleased with his foals. They're tall, correct, and really nice types. I'm looking forward to seeing their performance."