An indelible influence on Hanoverian breeding.
< 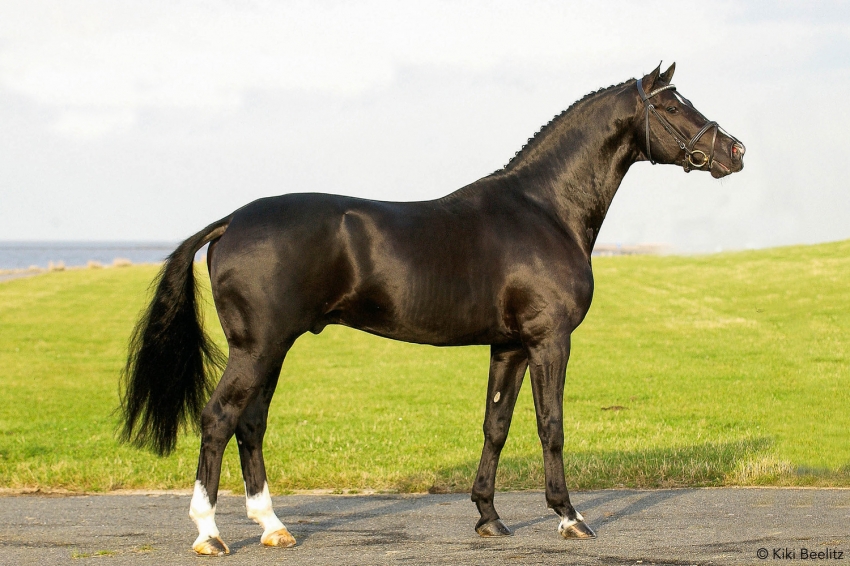 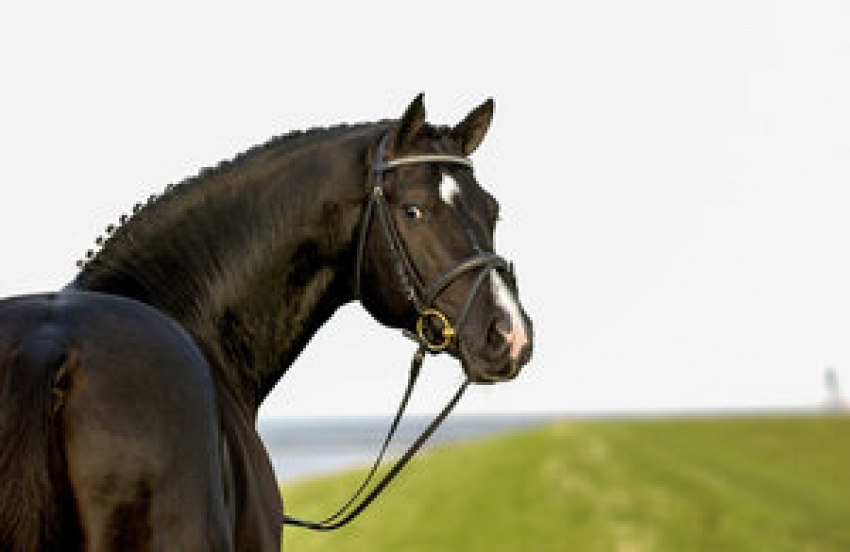 Stallion Name:
His Highness
Breed:
Hanoverian
Breeding Approvals:
AHS, ARS, NADWA, HV, OHBS/GOV, SWANA
Nominations:
Primary Discipline:
Dressage
Height:
16.3
Date of Birth:
2000
Birth Country:
Germany
His Highness was the undisputed Hanoverian Licensing Champion in 2002. Though he was in high demand as a breeding stallion, he began his dressage career under Klaus Balkenhol. At the Danish licensing in 2005, he was proclaimed Champion of the four-year-old dressage stallions. In 2003, he was Champion of his 30-Day Stallion Performance Test, as well as Champion of his 70-Day Test receiving the outstanding total score of 149.24.

His Highness´ sire, Elite Hengst Hohenstein I was named the 2002 Trakehner Sire of the Year. He was a Premium Stallion at his licensing, Reserve Champion at his Stallion Performance Test at Adelheisdorf, receiving the highest dressage index of 148.29 over 52 stallions. His Highness´dam, SPS Daireen, was a multiple champion at breed shows. Her sire Donnerhall, “Sire of the Century,” had incredible success as both a breeding and sport stallion, earning two Gold Medals at World Championships and producing Licensed sons, States Premium mares and highest level competition horses.

His Highness stood at Hengststation Jens Meyer in Dorum, Germany, for only five seasons but left an indelible influence on Hanoverian breeding as his legacy. His progeny include 16 Licensed Stallions and 69 State Premium Mares, as well as an ever-increasing number of superior performers in upper level dressage. Fully approved Hanoverian stallion Hampton was Reserve Champion of his 70-Day Test and was successful up to Inter. I. Another His Highness son, Hayden, as well as Hampton, were finalists at the prestigious Nuremberg Burgpokal in Frankfurt. Happiness was Reserve Champion of the Herwart von der Decken Show. SPS Hila was Champion mare of the Louis Wiegels Show. He has produced more than 430 successful sport horses. “His offspring simply have priceless values when it comes to readiness to learn, rideability and character,” said Jens Meyer. Owners of his offspring compliment their sweet temperaments, beautiful top lines, and extraordinary gaits. Watch for successful offspring in the U.S. including Habenero L, Harley L, Hero L and Hallmark 3 among others.

Owner Louise Leatherdale was twice honored with USDF Dressage Breeder of the Year. 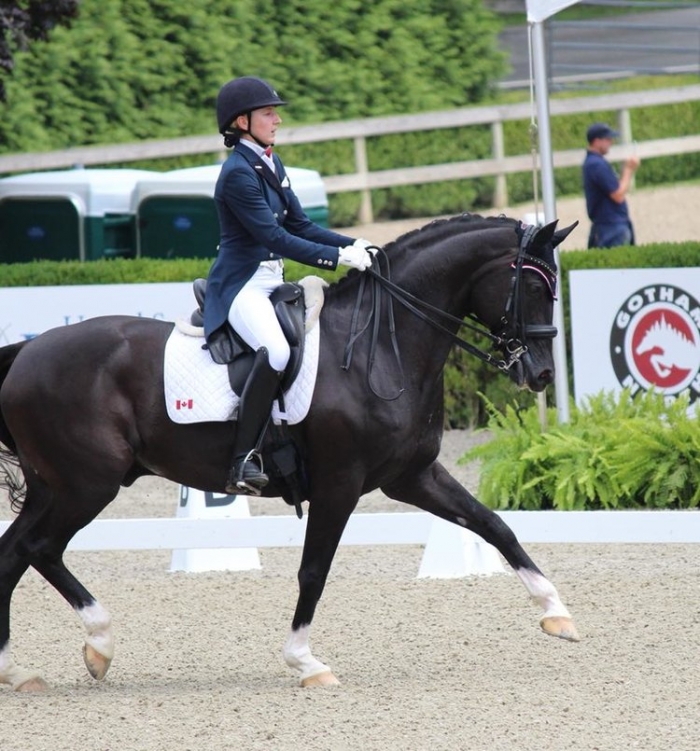 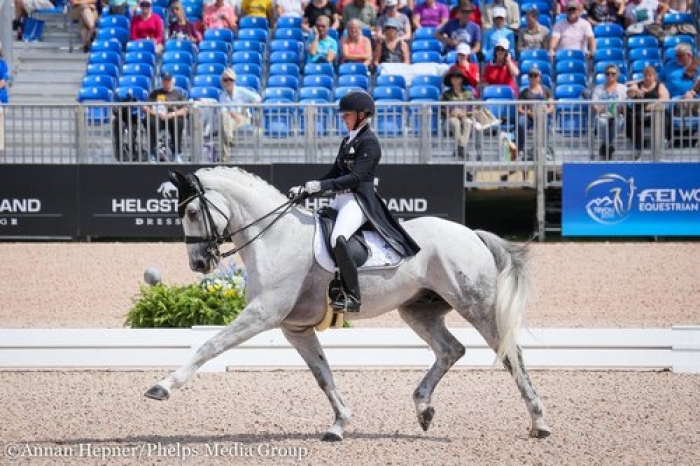 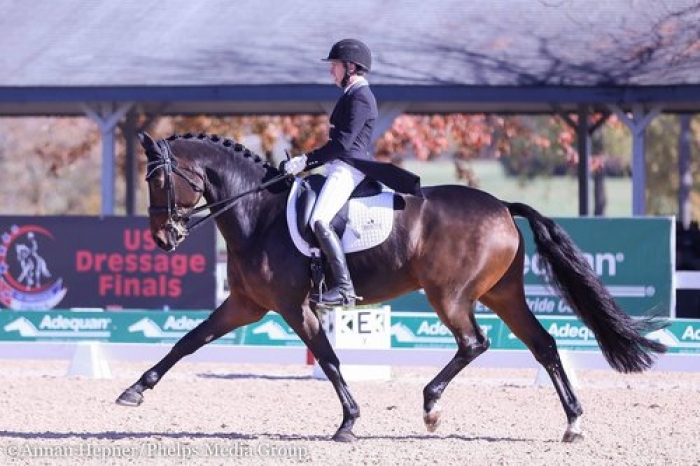 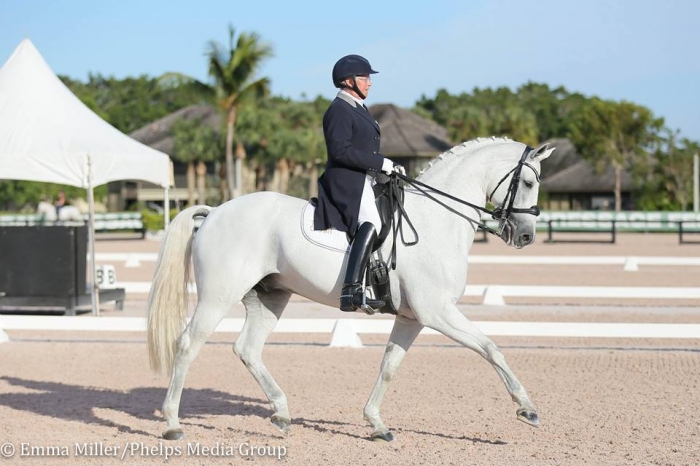