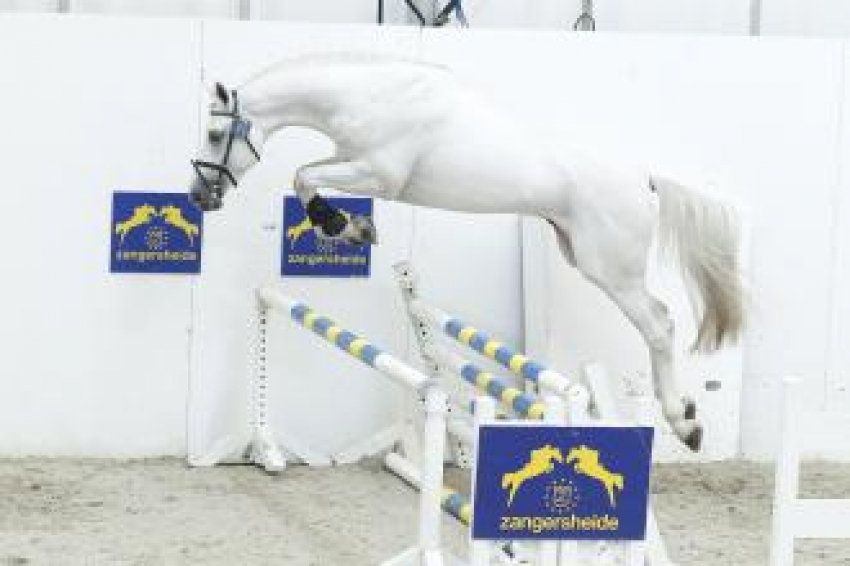 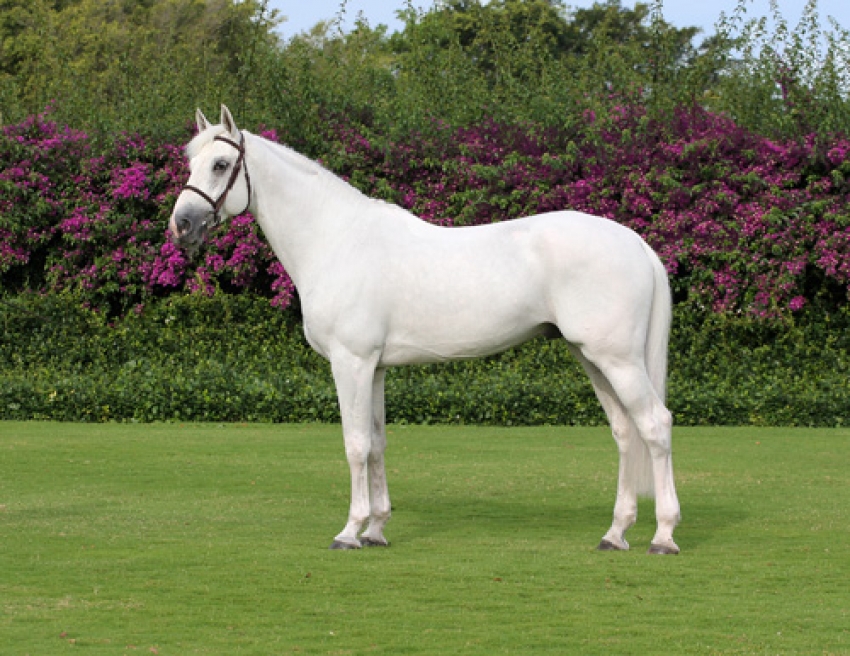 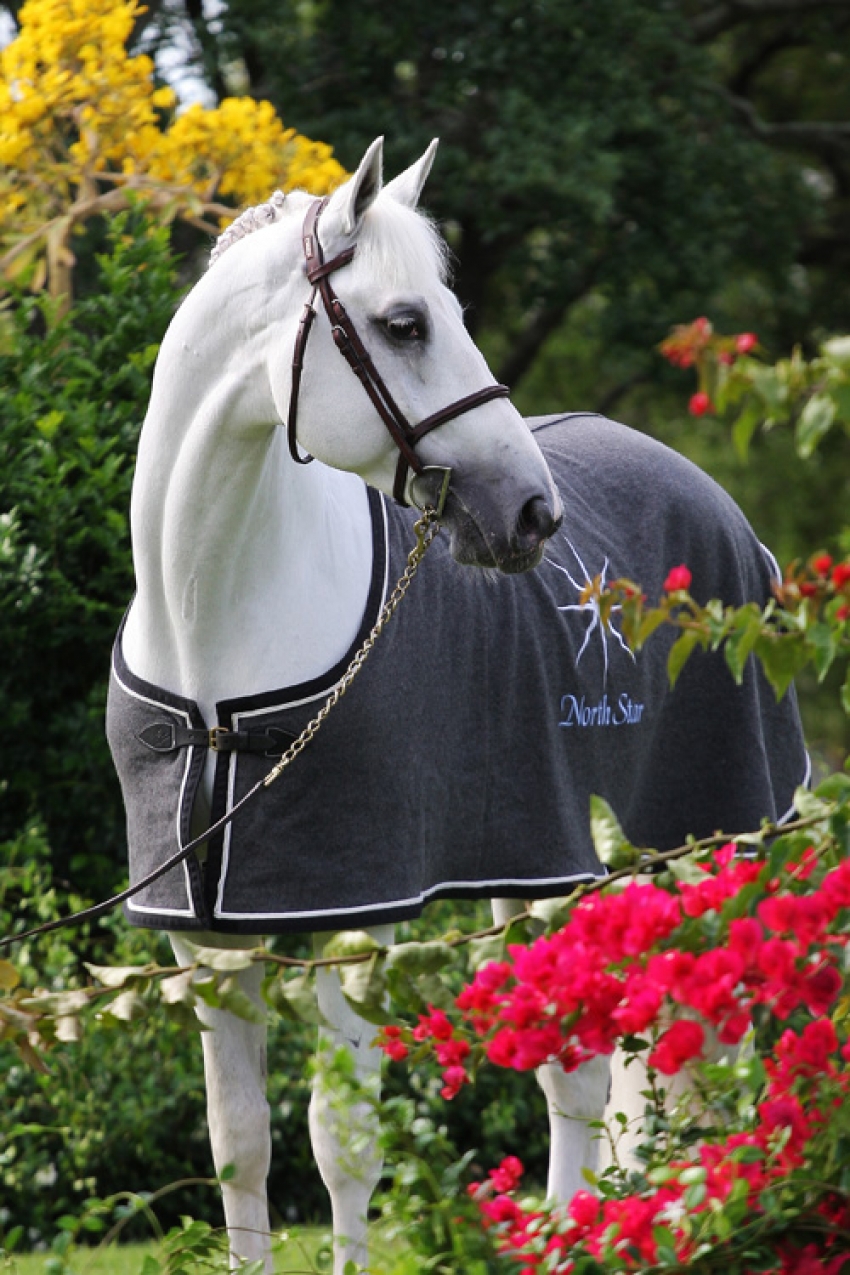 As a four year old, Darthus tied with two other horses in the Vion Cup semi-final for four year olds in Holland. In
2013 with rider Peter Wylde the pair finished 2nd in the $10,000 WEF Five year old Young Horse Final. During
the summer of that same year Darthus was piloted by Julie Welles to numerous wins and top five placings in YJC
Five year old and 1.20m classes in Lake Placid and the Vermont Summer Festival. These outstanding results
landed them a slot in the YJC Final at the Hampton Classic where they finished 2nd over all through three
rounds of jumping competition. Darthus continues his road to success in 2014 with Rodrigo Pessoa in the irons.
In 2014 the pair qualified for the Young Horse Championships in Lanaken.

Darthus’s sire, Mr Blue, had an outstanding career in Grand Prixs around the globe. Although not approved as a
young horse his sport record proved he was worthy, and in 1997 was officially licensed by the KWPN. In 2006,
five years after his death, he was awarded the Predicate status. Mr Blue is a highly influential stallion who is best
known for passing along good temperaments, blood and strong bone structure to his offspring. These great
qualities are exemplified in his son Darthus.

Darthus’s dam line is stock full of Holsteiner blood with Caletto II, Cor de la Bryere and Zeus present
throughout.These influences bring a powerful foundation to Darthus’s pedigree which will no doubt be passed
through his breeding.

Darthus is an outstanding option for breeders looking to improve the scope, build and temperament of a mare.
He is best matched with mares of supple movement and blood.